Climate change, habitat loss (and, yes, even cats) pose a greater threat to birds than windmills 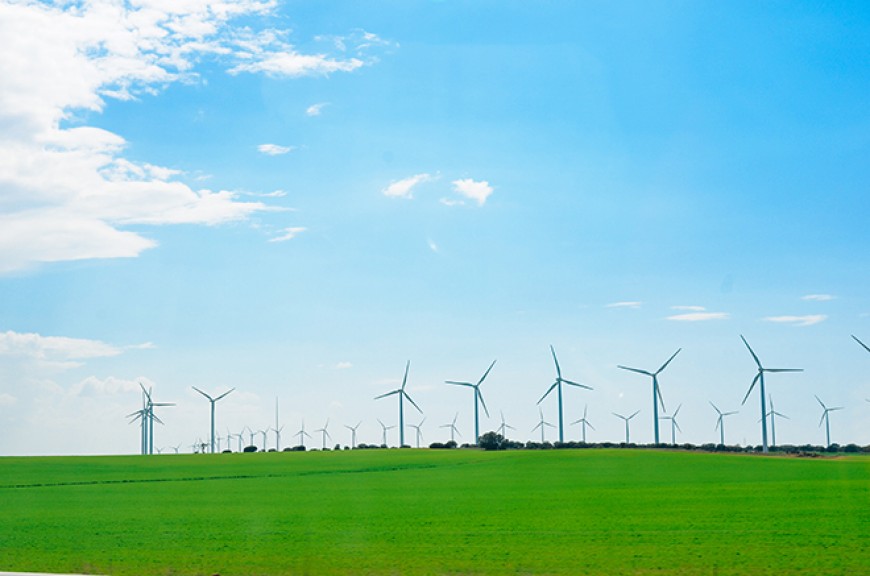 Within the United States, the environmental field is fraught with cultural and political misconceptions used to advance particular political messaging. These are often based on scientific observations, but purposefully omit proper context in an attempt to push forward an agenda. When contentious environmental projects arise, these misconceptions are utilized to stymie environmental infrastructure implementations.

Many arguments, for instance, have been used to block wind turbine construction, including but not limited to: bird and bat deaths, noise and aesthetic pollution, and remote locations not contributing to city power grids where power is needed. Wind energy in the United States has been a contentious source of green energy because of lobbying campaigns financed by oil industries that influence public opinion.

Research quantifying the full scale of wind turbine activity’s impact upon birds both through their migratory patterns and killed by collision with wind turbines is a matter of current scientific studies. It is important to quantify these impacts, but it is also important to acknowledge that these impacts are certainly negligible compared to other drivers of bird mortality.

The number of birds killed by wind turbine collisions per year is estimated to be between 150,000 and 500,000, but when you put this number in perspective, it pales in comparison to other causes of bird mortality. For example, free-range cats kill roughly 1 billion birds per year, while collisions with buildings or other “unnatural habitat causes” kill 365 million to 1 billion birds per year. Perhaps most importantly, habitat loss appears to have driven massive declines in bird populations since the 1970s. Windmills became an increasingly popular energy source in the United States in the 1980s following large oil shortages. Since the 1970s, the United States has lost 30% of its entire bird population, accounting for about 3 billion birds, regardless of their species status as common or on the endangered species scale. This population loss has been driven by human activity. Bird deaths caused by windmills account for only 0.01% of cat-related bird deaths. Impacts upon bird populations are negligible when compared to other human-caused activities; their impacts on bird populations could be more than offset through reductions in alternate sources of mortality (e.g., through more effective efforts to convince pet owners to keep their cats indoors), allowing for the benefits of windmills in reducing greenhouse gas emissions with minimal impacts on birds.

These points are based on scientific research that has shown that migratory soaring birds will shift flight patterns away from windmills, resulting in habitat loss, but they fail to acknowledge both the mitigation strategies proposed within this same research. Recent research has focused on fully documenting these impacts and ways in which to mitigate harm upon migratory birds and birds of prey populations. Proposed solutions include: building windmills in low-impact areas away from popular migration routes, and painting turbine blades black so birds of prey can better spot and avoid turbine blades when hunting. These efforts could be coupled with outreach to reduce alternative and more important drivers of bird mortality, such as programs to convince pet owners to keep their cats indoors.

Not included within these political talking points are conversations about climate change’s current and predicted impact on bird populations. A recent study led by the University of Michigan looked at 40 years of data on migratory bird specimens killed by building collisions in Chicago, data which is collected and maintained by the Field Museum. The study found that within the 52 migratory species analyzed, all had decreased in weight and their wings had also grown longer. Researchers also have found that climate change will impact birds’ breeding and migratory seasons, which are often cued by temperature changes, as well as adding volatility to population dynamics and reductions to migratory bird food sources. These are only some of the impacts that will transpire as climate change continues to impact birds regardless of their biological order. According to SEAS Assistant Professor Dr. Brian Weeks, an evolutionary ecologist, “bird mortality from windmills is certainly sad, but it is not generally a significant threat to bird populations. I do think that in many ways, the biodiversity crisis and climate change are distinct challenges, and I would love to see efforts to expand green infrastructure be coupled with programs to mitigate their impacts on biodiversity. Reductions of other drivers of bird mortality—things as simple as campaigns to keep cats indoors​​—could easily dwarf the impacts of wind power development.”

Windmills impact the habitat and livelihood of bird populations, but they are a huge asset in reducing a power grid’s greenhouse gas emissions. Currently, wind power provides 7% of the United States’ electricity, with some policymakers pushing for this rate to be 20% by 2030. This push would reduce the energy sector’s CO2 emissions by 16%. Increasing wind power also reduces general air pollution, water consumption, and withdrawal when compared with non-renewable energy sources.

Given climate change’s projected impacts on humanity and natural systems broadly, increasing wind energy production with impact mitigation strategies in place would have extensive benefits for natural systems, including birds. Sincere efforts to reduce human-induced bird mortality would focus on many other drivers of bird death, and oftentimes, these efforts—including lights-out programs—would have synergistic benefits with respect to climate change. We can find win-wins to combat climate change and minimize bird mortality while dismantling political talking points to reveal the complexities of what is impacting bird populations, which can help us direct resources and policy efforts accordingly in order to solve or mitigate our impact upon bird populations.

This piece was written in consultation with Dr. Brian Weeks, Assistant Professor at the University of Michigan School for Environment and Sustainability. Weeks is an evolutionary ecologist who studies how bird species and communities have responded to environmental change.