Energy Poverty in the United States 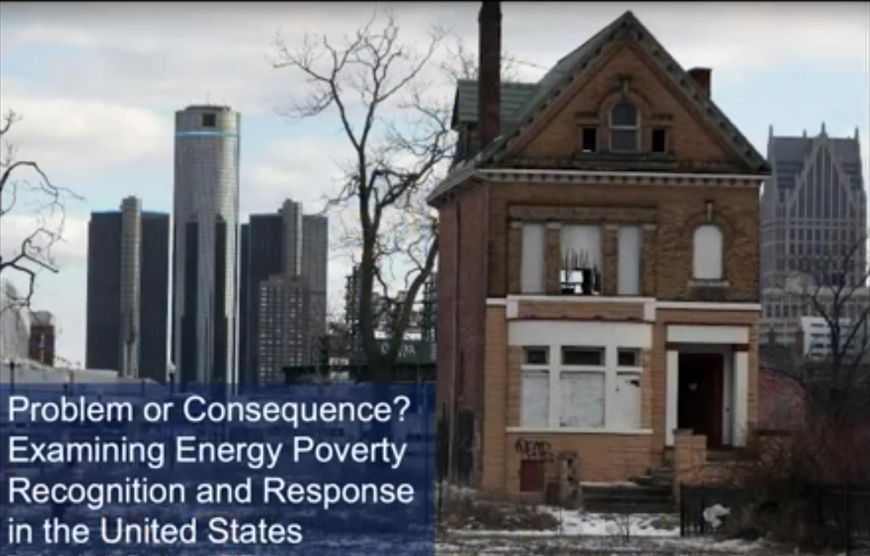 Households that are unable to meet their energy needs—such as heating, cooling, and electric—are known as “energy poor.” But despite the prevalence of energy poor households in the U.S, energy poverty is not recognized as a distinct problem on the federal level. This results in limited responses—and little assistance—to households in need.

SEAS doctoral candidate, Dominic Bednar (MS ’16, PhD ’20) and Assistant Professor, Tony Reames released a new paper on the problem, “Recognition of and response to energy poverty in the United States,” that was published in the journal Nature Energy (March 23, 2020). In their review, the researchers examined the measurement and evaluative metrics used by the two federally-funded energy programs focused on reducing high energy bills to understand how program eligibility requirements and congressional funding appropriations have shaped the national understanding and implementation of energy poverty assistance. What they found was not encouraging. The data shows that current measurement and evaluative metrics hinge on the distribution of government resources and the number of vulnerable households assisted—rather than improving household well-being and reducing overall energy poverty.

Bednar and Reames conclude that to solve the multidimensional issues of energy poverty, the U.S. must develop an expansive framework and respond with clarity. Fortunately, the authors report, there is an opportunity to tackle energy poverty, which is being exacerbated by climate change and unjust energy transitions, by leveraging the history, shortfalls, and innovation of formal fuel poverty recognition and responses in the UK. The authors further stress that household energy inequities that plague low-income and households of color will intensify until the realities of energy poverty in the U.S. are acknowledged.

Read the full paper, “Recognition of and response to energy poverty in the United States” in Nature Energy.

BELOW: At the Michigan Environmental Justice (EJ) Summit 2020 held on February 13, Bednar presented a brief lecture on this study as part of the EJ Student Flash Talks.