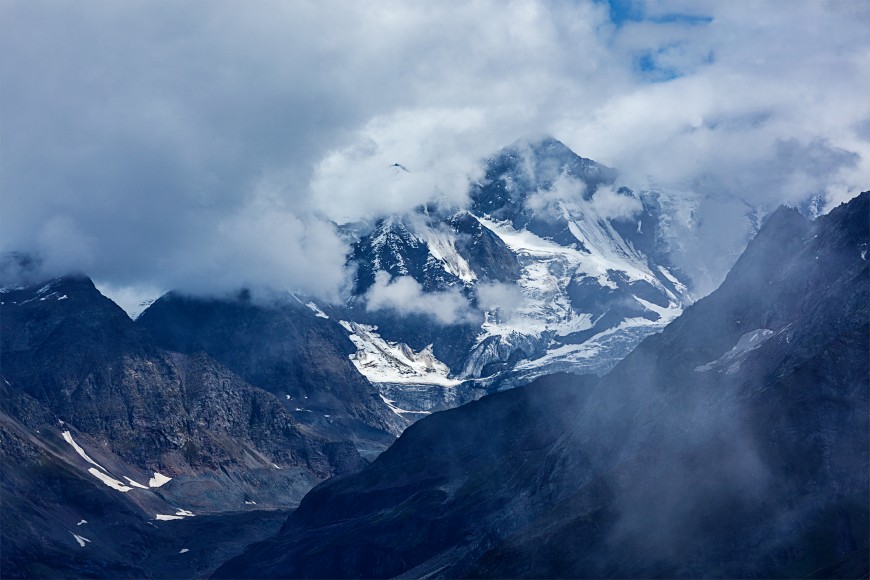 Samar Minallah is a PhD student in climate and space science and engineering who studies glacier lake outburst floods in the region where this event occurred.

"This specific event occurred during peak winter season, when the temperatures are generally below freezing. I'd say that it is premature to attribute this to climate change without assessing the regional climate and the meteorological conditions leading to the event. The Himalayas are 'living mountains' with active tectonics and geomorphological processes that take place independent of climatic conditions. But I also want to emphasize that there is a consensus amongst scientists that the glaciers of this region are strongly affected by climate change," she said.

"It is likely that this event was associated with a landslide that affected one of the local glaciers and broke parts of it. There are a few small glaciers that can drain into the Alaknanda river, so it is not ascertained which of the glaciers was impacted."

Ingrid Hendy is a professor in the Department of Earth and Environmental Sciences who specializes in paleoclimate and oceanography. She has studied the Missoula floods, a series of cataclysmic glacial lake outburst floods that swept periodically across eastern Washington and down the Columbia River Gorge at the end of the last ice age.

"Though the glacier collapse on Sunday was not associated with one of these lakes, this event reminds us that glacial lake outbursts are a major hazard right now as glaciers on the planet are retreating," Hendy said. "As they retreat, many of these glaciers have a so-called proglacial lake in front of them that is dammed by glacial deposits left behind before the retreat. These dams are often not structurally sound and are collapsed when the weight of water behind them becomes too much.

"This is essentially the same phenomena that happened at glacial lake Missoula many times near the end of the last ice age—only on a much more extreme scale—producing the largest floods we know about on the planet.

"Google Earth images of the Indian glacier from October 2017 show meltwater ponds on top of the glacier. My guess is that one of these ponds drained suddenly to the base of the glacier—an event called a moulin—and sent the end of the glacier sliding."

Jonathan Overpeck is an interdisciplinary climate scientist and the Samuel A. Graham Dean of the School for Environment and Sustainability. He is an expert on paleoclimate, climate-vegetation interactions, climate and weather extremes, sea-level rise, the impacts of climate change and options for dealing with it. Overpeck has led or co-led numerous research expeditions to the Himalaya and has studied the climate and environmental history of the region for more than 30 years.

"One of the clearest global warming impacts is the melting and retreat of glaciers around the planet," he said. "Glacier retreat often involves the mass movement of ice and rock down mountainsides, and this increases the risk of catastrophic flooding down mountain valleys, particularly if lake or reservoir dams are breached. Thus, as long as human-caused climate change remains unchecked, there will be a growing risk of death and destruction in the many glaciated mountain ranges of the world.