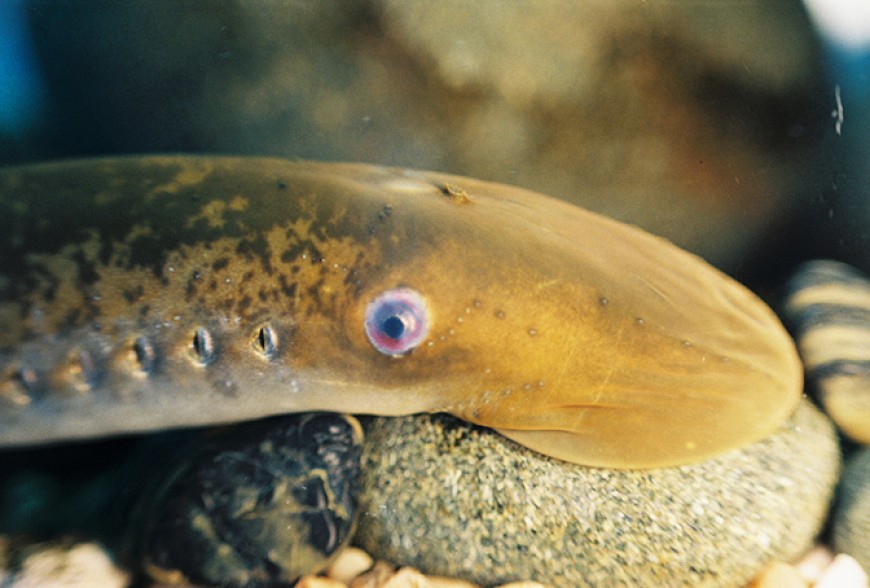 What methods are most effective in sustainably controlling sea lamprey populations?

For more than 60 years, control efforts and millions of dollars have been invested in attempting to control the invasive population of sea lampreys within the Great Lakes. To dig deeper into this long management issue, School for Environment and Sustainability Assistant Professor Dr. Karen Alofs and her research team created a case study on Gala, the online platform developed by Michigan Sustainability Cases, which provides open-access learning tools for sustainability science.

Before sea lamprey control methods were instituted, it was estimated that sea lampreys killed more than 100 million pounds of Great Lakes fishes annually, five times the commercially harvested amount in the upper Great Lakes. This led to the extirpation of lake trout from lakes Ontario, Erie, and Michigan. The negative impacts of invasive sea lampreys led to the creation of the inter-governmental basin management agency known as the Great Lakes Fishery Commission (GLFC), which administers a sea lamprey control program.

Sea lampreys are estimated to have arrived in the Great Lakes basin around 1921 and management strategies have been implemented by the GLFC since 1955. Control efforts primarily include the application of a lampricide at spawning habitats, which is supplemented by barriers and traps. These efforts have led to a 90 percent decrease in the sea lamprey population, and the program is considered one of the most successful cooperative management programs in the world. Older management strategies are proven to be effective, but the cost of lampricide, the possibility of sea lampreys developing a resistance, and other factors have led researchers to focus on developing more selective and effective control methods. This Gala case study delves into questions surrounding current sea lamprey management with new strategies that could reduce costs, improve effectiveness, and ensure future control.