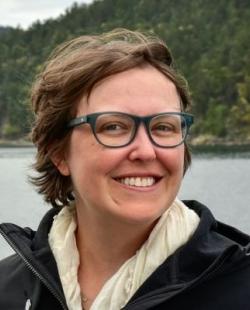 Assistant Professor Alofs studies how ecological concepts can be used to address conservation concerns in freshwater environments. Her recent work, as a postdoctoral fellow with the National Science Foundation International Research Fellowship Program, focused on the impacts of climate-facilitated range expansions on lake fish communities. In addition to climate change, she is interested in understanding the effects of environmental stressors including invasive species, habitat fragmentation and habitat degradation on biodiversity and ecosystem sustainability.

Alofs research is framed by three ecological questions: How are ecological communities changing across spatial scales and over time? What are the impacts of species interactions versus environmental factors on community structure, population persistence and invasion? And can we make general ecological predictions (e.g. predictions relevant in terrestrial and aquatic or temperate and tropical communities)? Moreover, she is interested in how ecological studies can contribute to the conservation of aquatic ecosystems and the sustainable management of fisheries.

Alofs KM. 2016. The influence of variability in species trait data on community level ecological prediction and inference. Ecology and Evolution. 6: 6345–6353.

Alofs KM and DA Jackson. 2015. The vulnerability of species to range expansions by predators can be predicted using historical species associations and body size. Proceedings of the Royal Society B 282: 20151211.

Alofs KM and DA Jackson. 2015. The role of abiotic and biotic factors in the establishment of predatory fishes at their expanding northern range boundaries in Ontario, Canada. Global Change Biology 21: 2227-2237.

Alofs KM and DA Jackson. 2014. Meta-analysis suggests biotic resistance in freshwater environments is driven by consumption rather than competition. Ecology 95: 3259-3270.

PhD, The University of Texas at Austin (ecology, evolution, and behavior) 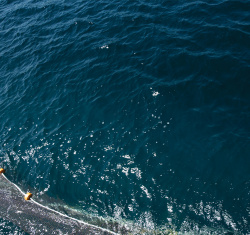 Protecting the Diversity of Fish in the Great Lakes

SEAS Assistant Professor Karen Alofs has been co-teaching Biology & Ecology of Fishes to U-M undergraduate students for years. And the one thing she never tires of seeing... 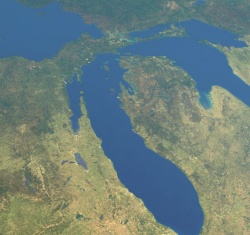 Saving our pleasant peninsula: How Michigan’s long-admired natural resources are being threatened by climate change and what U-M researchers are doing to help

This story was originally published on the Leaders & Best Impact site From the Great Lakes to its inland rivers and streams, hiking trails to golf courses, and lakeside... 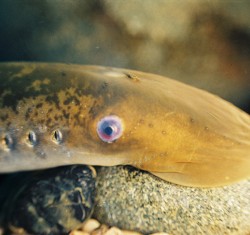 What methods are most effective in sustainably controlling sea lamprey populations? For more than 60 years, control efforts and millions of dollars have been invested in... 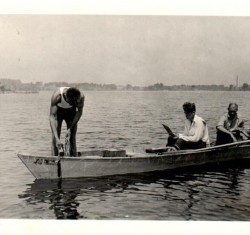 University of Michigan researchers will enlist the help of citizen scientists in a new project to digitize thousands of historical records—some dating back more than a...