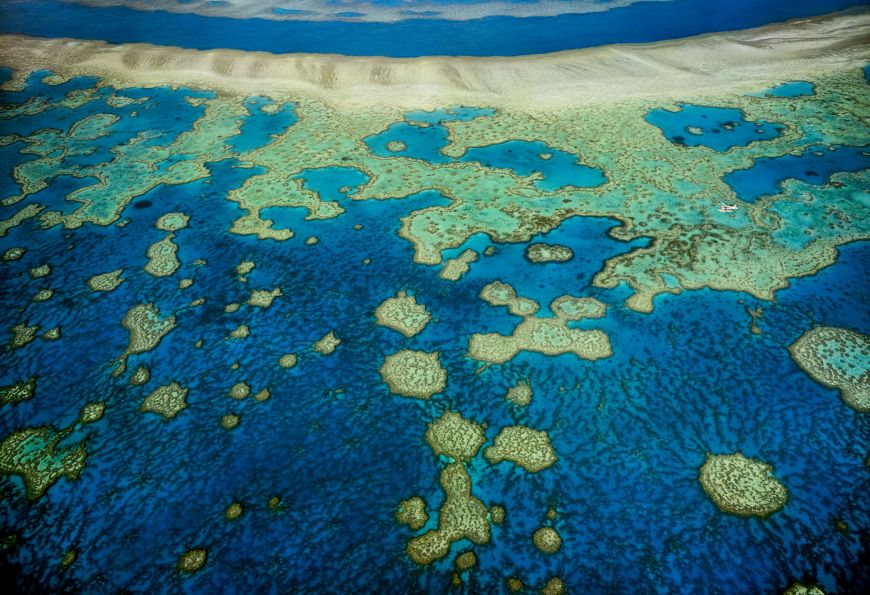 Caption
An aerial view of the Great Barrier Reef.

A study published July 20 in the journal Nature Sustainability finds that governments worldwide have repeatedly resisted the placement of 41 UNESCO World Heritage sites on a list of "World Heritage In Danger." This resistance is despite the sites being just as threatened, or more threatened, than those already included on the In Danger list. An In Danger listing is intended to raise awareness of threats to sites and encourage investment in mitigation measures such as extra protection.

World Heritage Sites are designated by the UN because they represent both natural and cultural heritage for global humanity, even though they sit within the jurisdiction of individuals countries.

The study, "Political Dynamics and Governance of World Heritage Ecosystems," is co-authored by a team of scientists from the United Kingdom, Australia, and the United States. Lead author Professor Tiffany Morrison from the ARC Centre of Excellence for Coral Reef Studies at James Cook University says some national governments responsible for these World Heritage sites use strategies of rhetoric and resistance to avoid a World Heritage In Danger listing.

The Great Barrier Reef, under the custodianship of the Australian government, is just one of the threatened sites that continues to evade the World Heritage in Danger list.

"Avoiding an In Danger listing happens through partial compliance and by exerting diplomatic pressure on countries that are members of the World Heritage Committee," Professor Morrison said. World Heritage In Danger listings are increasingly politicized. However, until now, little was known about what this entailed, and what to do about it.

The study found the total number of In Danger listings has plateaued since the year 2000. At the same time, hidden industrial lobbying and political deals associated with the listings have intensified. These lobbying efforts heighten governments' sense of political threat by linking the listings to national economic performance, as well as to the individual reputations of politicians and senior bureaucrats.

"UNESCO is acutely aware of these dynamics and concerned about threats to its own reputation," Professor Morrison said. "Politicians and bureaucrats often work to conceal these dynamics, resulting in poor governance and continued environmental degradation. Revealing and analyzing these dynamics is a step closer to moderating them."

The study provides new evidence for how interactions, from 1972 until 2019, between UNESCO and 102 national governments, have shaped the environmental governance and outcomes for 238 World Heritage ecosystems. It also provides examples of how concerned stakeholders are taking countervailing strategies that harness these politics.

"While we make no specific recommendations in the study about any specific sites, we make the case that it is paramount to understand the process behind the decision of placing or keeping iconic ecosystems off the In Danger list, especially if we want these lists to accomplish their conservation goals and governments to be accountable for their decisions," said Maria Carmen Lemos, a co-author of the study and a professor at the University of Michigan School for Environment and Sustainability.

"Given the global investment in environmental governance over the past 50 years, it is essential to address the hidden threats to good governance and to safeguard all ecosystems," the study concludes.