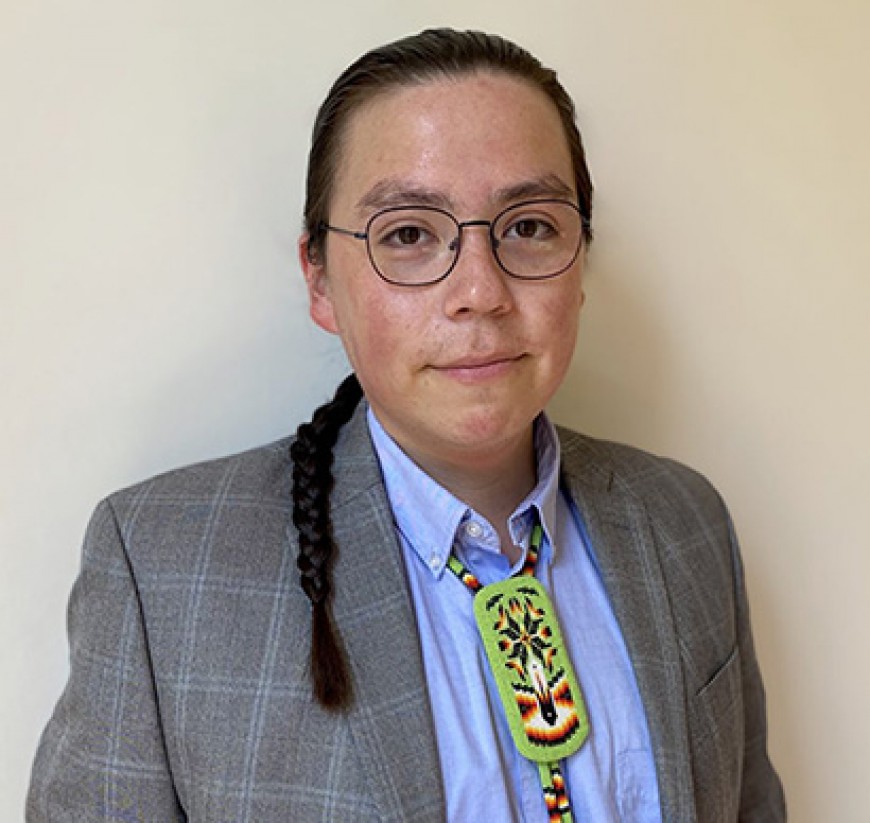 John Minode’e Petoskey’s environmental advocacy was instilled in him at birth.

His father, who is a lawyer, and his mother, who is a former tribal leader, were instrumental in helping their tribe achieve federal recognition as a sovereign nation in 1980.

His grandparents, though not formal advocates, “fought to preserve our traditions, our language, and our culture," said Petoskey, who is an enrolled citizen of the Grand Traverse Band of Ottawa and Chippewa Indians and grew up on his tribe’s reservation in Peshawbestown, Michigan, near Sleeping Bear Dunes National Lakeshore. "Many indigenous people, myself included, are products of the advocacy of our ancestors, and so we’re steeped in that tradition.

That principle is at the heart of Petoskey’s work as an attorney at the Environmental Law and Policy Center (ELPC) in Chicago, where he focuses on litigation and policy analysis related to clean water, environmental justice, and natural resources protection, particularly in the Great Lakes.

Petoskey, a 2020 U-M graduate with dual degrees in environmental policy and planning and law, is assisting with briefing and legal research in three separate appeals challenging the state and federal permits issued to Enbridge Energy LP to construct the Line 3 oil pipeline. On the policy side, he is involved with two projects: One uses GIS to analyze nutrient runoff in the Midwest and estimate the expansion of concentrated animal feeding operations, while another focuses on passing a bill that will designate a new wilderness area in Michigan’s Upper Peninsula.

Outside of the ELPC, Petoskey is bringing his expertise to two statewide groups charged with advising Michigan Gov. Gretchen Whitmer on environmental issues: the Michigan Advisory Council on Environmental Justice, which he was appointed to in 2020 while still a student at U-M, and the Climate Justice Brain Trust, which will assist in drafting the Michigan Healthy Climate Action Plan. Petoskey was named to the group earlier this year.

While Petoskey said “it’s wonderful to be one piece of a much larger movement for change,” he’s mindful that he’s one of many Indigenous advocates who are making a difference but don’t have a seat at the table.

“Activists conducting direct action, folks running for office, lawyers, environmentalists, the public, and youth are all important," he said. “Achieving justice is an integrated process. If someone’s work isn’t highly visible, that doesn’t make it less valuable, and visibility doesn’t necessarily equate to value. I try to remember that I’m part of a larger community of people and that it takes all of us to create change.”