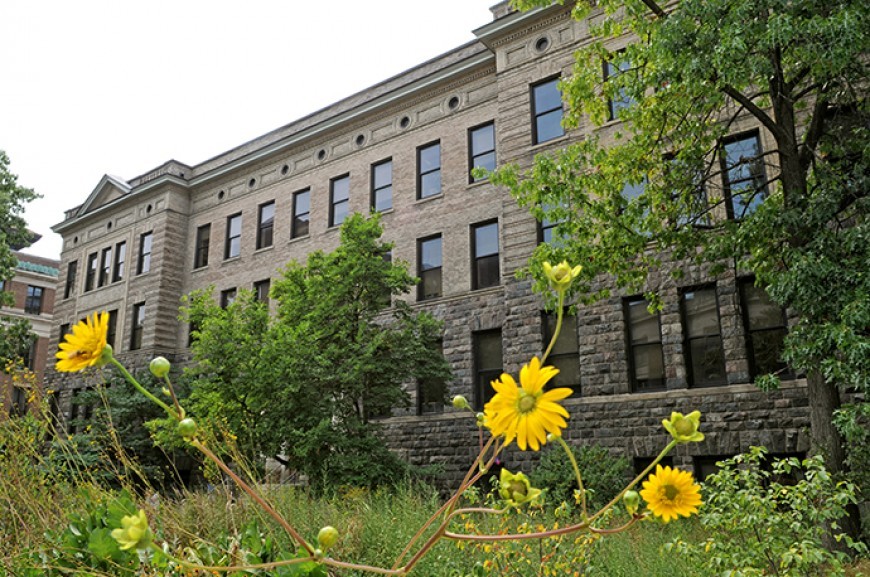 Nathaniel Arringdale (MS ’22) has been studying conservation ecology since he was an undergraduate student at the University of Michigan. Between his junior and senior year he studied at the U-M Biological Station, where he was first introduced to Geographical Information Systems (GIS). It was “one of my favorite summer experiences,” Arringdale said, “because I got to be outside the entire summer and learn concepts of ecology and GIS through extensive time in the field.” This experience was also incredibly influential for his future graduate school and career path.

After his undergraduate education, Arringdale worked in various positions utilizing his ecology background. He worked in Dr. Nyeema Harris’ wildlife ecology lab at U-M, where he once again found himself using GIS in his work. “It was something I always enjoyed using,” Arringdale said. “I thought it would be a really cool next step for my career.” The Geospatial Data Sciences (GDS) specialization drew Arringdale to the U-M School for Environment and Sustainability (SEAS). When he found out about GDS, he thought, “this is perfect because it allows me to learn GIS and other skills, but then I can actually apply it to real-world problems.”

Applying GIS to real-world problems
At SEAS, Arringdale’s work flourished. For his master’s project, he and three other SEAS students partnered with World Wildlife Fund Nepal to look at a potential railway project that was to be developed in the country. The railway would run through major biodiversity regions. “Our role was to go in and address what those impacts could be and how to mitigate those,” Arringdale said. He used GIS to find “optimal crossing locations” for the proposed railway to minimize biodiversity loss.

Arringdale, who graduated from SEAS in April, said that “it was really cool to be able to come up with some concrete solutions that hopefully will work.” He learned how to “apply remote sensing and geospatial techniques to wildlife conservation issues” during his experience on the project, and especially enjoyed being able to “use remote sensing to address wildlife concerns” and build his skills with modeling systems. This project embodied a lot of what Arringdale has most appreciated about SEAS. He loves the platform SEAS has given him to learn, develop, and apply his GIS skills to real-world problems at a global level.

One of his favorite things about SEAS is “the scope that the professors have here to be able to address problems worldwide.” One of these professors is Dr. Neil Carter, Arringdale’s advisor and a professor whose class, EAS 531: Principles of GIS, Arringdale is the Graduate Student Instructor for. “It’s been a lot of fun,” Arringdale said. “​​I just really enjoy being able to help people as they learn the software.”

Arringdale has been able to reflect on his experience at SEAS and the major takeaways he has gotten from his time here. He has learned “how to address the problem that I’m facing in meaningful ways,” he said, “and get the tools that I need to actually be able to trust the problems and try to create meaningful results. That is probably the biggest thing.”

Future plans
These problem-solving skills helped Arringdale land a job with Ann Arbor’s Michigan Tech Research Institute, where he will work as a research scientist in Grand Rapids studying the Great Lakes. One project Arringdale will work on is using remote sensing and satellite imagery to model and forecast harmful algal blooms. This is the type of work that Arringdale is passionate about. “What drives me is being able to address a problem that has real conservation implications, and find ways to allow for responsible development,” he said.

Arringdale knows he could not have gotten where he is now without his SEAS education. “I’m excited to be able to apply remote sensing, GIS, and all the skills that I've learned through this program to whatever problem I'm interested in,” he said.