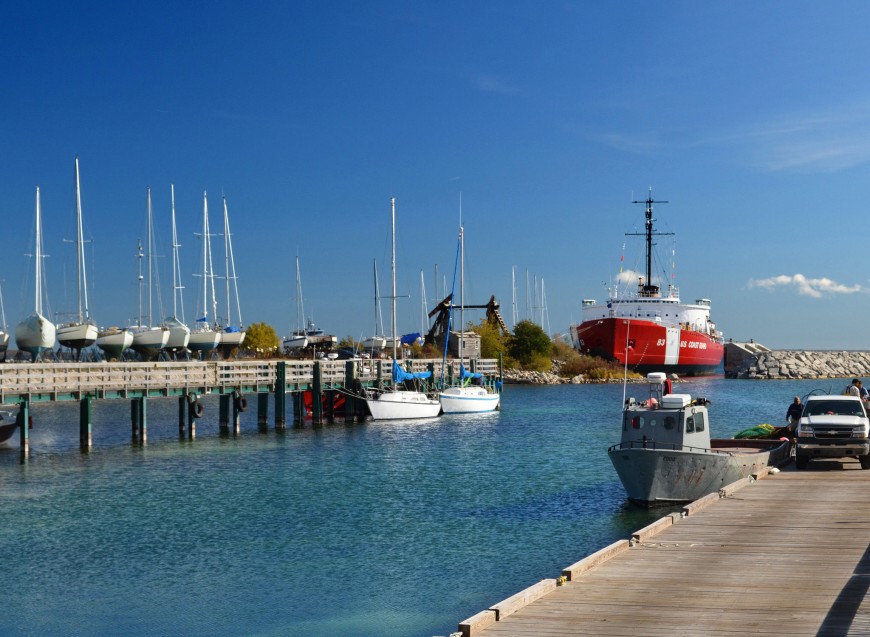 The coastal counties of the eight Great Lakes states produce 21% of the gross domestic product in the region and 5.8% of the U.S. GDP, according to the report released today.

The study analyzed the status and trends for all employment sectors between 2009 and 2018 across the 83 coastal counties in the eight states along the Great Lakes' border—Illinois, Indiana, Michigan, Minnesota, New York, Ohio, Pennsylvania, and Wisconsin. Employment data includes industries that rely upon the Great Lakes for key inputs such as water or fish; for economic viability, such as transportation; or for their influence, such as by attracting visitors or providing climate moderation.

"The Great Lakes are a vital natural resource that help support the region's economy and have shaped the culture and history of local communities," said Catherine Riseng, one of the report's authors and assistant director of Michigan Sea Grant.

A collaborative effort of the University of Michigan and Michigan State University and its MSU Extension, Michigan Sea Grant is part of the NOAA-National Sea Grant network of 34 university-based programs.

"Analyses like this are important because they ensure that we don't underestimate their value to the region," said Riseng, who is also an associate research scientist at U-M's School for Environment and Sustainability.

Transportation and warehousing saw the biggest jump, with a gain of more than 34,000 jobs, an increase of 23%. Agriculture, fishing and food production added 15,000 jobs, an 11% jump; while tourism and recreation added 23,000 jobs, a 10% increase.

The report looks at the number of jobs connected to the Great Lakes by state and by industry.

Manufacturing was responsible for 59% of the Great Lakes-supported jobs; followed by tourism and recreation (17%); transportation and warehousing (11%); agriculture, fishing and food production (10%); science and engineering (2%); utilities (0.7%); and mining (0.3%).

"Protecting the health of the Great Lakes not only sustains critical jobs, it also makes the region desirable for new businesses and families," said Emily Rau, one of the report's lead authors and a research assistant at Michigan Sea Grant. "The positive trends in employment for many sectors further illustrates their influence on the region's economy and highlights the importance of protecting them for future growth."

The calculations in the Michigan Sea Grant economic summary are based on the most recent annual estimates for county employment from the U.S. Bureau of Labor Statistics' Quarterly Census of Employment and Wages and its Occupational Employment Statistics program. The analysis looked at the following sectors: manufacturing; tourism and recreation; transportation and warehousing; agriculture, fishing, and food production; science and engineering; utilities; and mining.

Michigan Sea Grant helps foster economic growth and protect Michigan's coastal, Great Lakes resources through education, research and outreach. Support for the research and production of the report was provided through the Marshall Weinberg Internship program at U-M's School for Environment and Sustainability, the Doris Duke Conservation Scholars Program at U-M and Michigan Sea Grant at U-M.