More 'snowmageddon' and 'bomb cyclone' winter storms are in our future 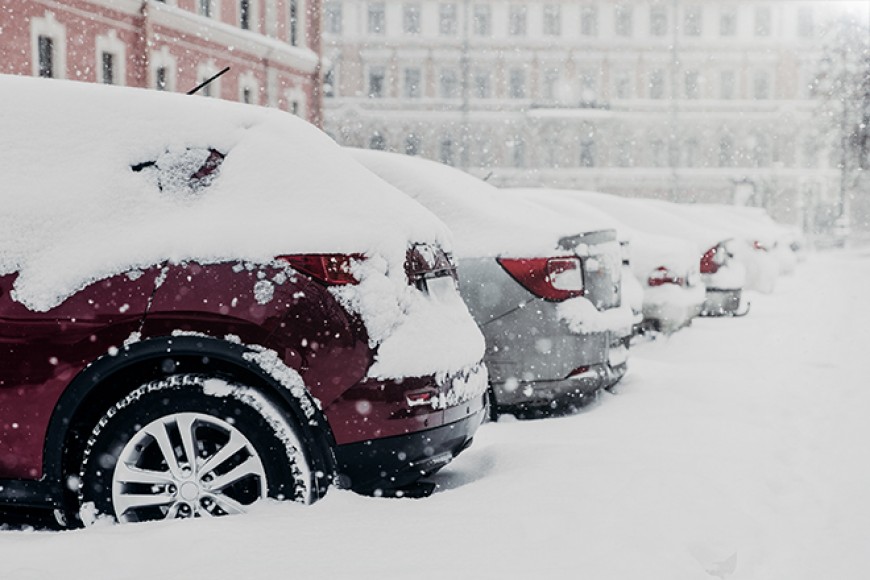 Although some may find this hard to believe, even in an era of global warming winter means snowstorms. This will always be true where temperatures are near or below freezing. Our most recent example is the major winter storm that just pummeled the East Coast with near-hurricane strength winds, snow and coastal flooding, causing widespread power outages, travel challenges, economic impacts and unfortunately even some fatalities as snow piled up along the East Coast, from the Mid-Atlantic states to the Canadian border.

This latest winter storm joins a host of others over the past decade or so (remember Snowpocalypse? Snowmageddon? Snowzilla?). Just like the most recent storm, all of these caused major disruptions and seem to be emerging as an all too regular wintertime hazard in the eastern U.S.

As a climate scientist, I’m often asked if climate change is making these big snowstorms worse or more frequent, and what this means for the future if we allow the climate crisis to continue.

The short answer is that global warming is making these kinds of winter storms, often called “bomb cyclones” for their associated rapid drop in atmospheric pressure and rapid development, more likely and more destructive.

Emerging evidence shows that in the eastern U.S., big winter storms are becoming more frequent and severe for a couple of reasons. First, as the globe warms in response to relentless emissions of greenhouse gases, the Arctic warms much faster than the rest of the world, due to the amplifying effect of snow and especially sea ice loss. This loss of snow and ice makes the planet less reflective and increases the absorption of solar radiation. The weaker temperature contrast between the high and low latitudes makes the jet stream more sinuous, which allows cold Arctic air to penetrate southward, creating “polar vortex” events that can mean more extreme cold, storminess and snow in the eastern U.S.

Because the atmosphere is warmer overall, it can hold and release more moisture faster than a century ago. Even more important to the most recent big snowstorm is how it was fueled by a warmer ocean. The oceans have absorbed more than over 90 percent of the human-caused warming, and warmer oceans contribute more water vapor to the atmosphere. Just as hurricanes are getting supercharged by warmer atmosphere and ocean temperatures, the warmer atmosphere and ocean likely helped increase snowfall rates and totals during this weekend’s winter storm, particularly in nearshore locations.

Finally, one last important factor amplified the damages from this weekend’s East Coast storm. Sea-level rise has been nonstop over the last century due to global warming, and this serves to amplify coastal flooding due to storm surges. This happened this last weekend, giving rise to ever higher amounts of flooding, for example, in Boston.

As the climate continues to warm, we can expect to see even more extreme winter storms. But with time, they won’t all be snowstorms. As temperatures rise, major winter storms will shift to producing mixed snow and rain, freezing rain or simply intense rain, creating a different range of hazards — particularly more extensive flooding.

This increasingly severe winter weather will have devastating economic impacts with property damage, business closures, lost wages, and of course, shipping and supply chain challenges. These have real human consequences like when the COVID-19 vaccine rollout was delayed due to last year’s winter storm. We need to prepare (for example, improved infrastructure!) for a wide range of increasing consequences while acting quickly to stop climate change in its tracks. Unless we act to stop climate change, we’ll continue to see an increase in severe and impactful winter storms, just as we’ll continue to see more severe and impactful hurricanes in warmer months, along with expanded tornado damage. On top of the growing impacts of these storms across the eastern U.S., coastal regions will suffer from accelerating sea-level rise and the associated ever-increasing storm surges. The only way to halt these trends is to halt climate change itself, and right now that means we need bold action from Congress.

Jonathan Overpeck, Ph.D., is a climate scientist, professor and dean of the School for Environment and Sustainability at the University of Michigan. He has researched drought, climate variability and climate change on five continents. Follow him on Twitter: @GreatLakesPeck.

These opinions are his own and do not necessarily reflect those of the University of Michigan.