Overpeck on World Drought Day: The climate problem is a drought problem for billions of people 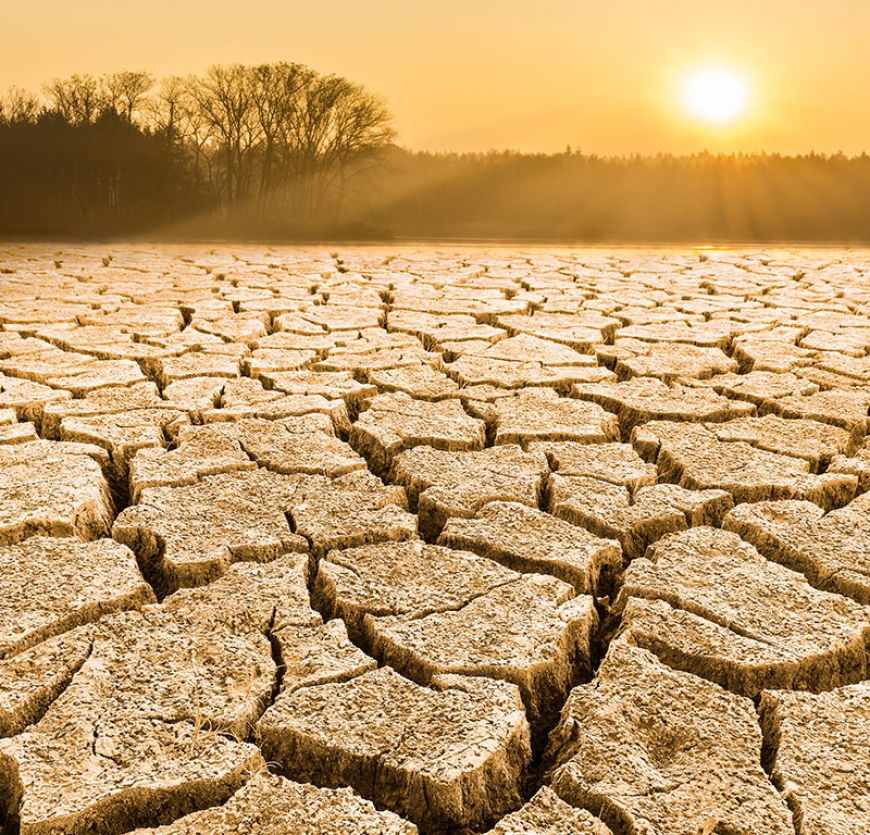 Overpeck on World Drought Day: The climate problem is a drought problem for billions of people

Dr. Jonathan T. Overpeck is a leading paleoclimatologist who has studied climate change across the globe for more than 30 years. He is the Samuel A. Graham Dean of the School for Environment and Sustainability.

Q: What’s one thing most people don’t know about drought?

What many people don’t realize is that global warming is making the severity of droughts worse when they occur.

You can understand this pretty fast if you’ve ever had a garden or lawn to care for. When it’s hotter, your plants and soil dry out faster, and you have to apply more water.

Assuming precipitation stays constant, global warming will also increase the length of droughts, as well as their frequency. And, of course, global warming is associated with other changes in our climate—in many regions, continued climate change means less rain and snow.

The one-two punch of future drought will occur in many places around the globe as climate change causes precipitation decline and warming. Scientists call this hot drought, hotter drought, or global warming drought. Whatever you call it, it’s not good thing.

Q: What are the areas most affected by drought, and how is drought impacting the people who live in these areas?

Areas that are most impacted by drought include Southwest North America including Mexico; the Mediterranean region; the Middle East; India; China; Australia; the drier parts of sub-Saharan Africa extending down into southern Africa; and—believe it or not—the Amazon.

First, these regions all tend to be prone to periods of below-normal precipitation. Second, they are systematically warming up and drying out even more. In the semi-arid regions, there is a trend towards becoming more desert-like, a process that scientists call aridification.

Studies have shown that climate change increases the frequency, duration, and severity of drought. As the atmosphere warms, it wants and can hold more water, and it’ll suck it up from wherever it can get it—including pulling moisture from soils, plants, rivers, and lakes.

The most visible impacts of drought are often on water supply and agriculture. Droughts mean less water for streams, rivers, reservoirs, and groundwater recharge. As droughts grow more frequent and hotter, it will become increasingly hard to grow sufficient food in some regions, or even to maintain basic supplies of water. Images of people starving or struggling to find sufficient water to live will only become more common as climate change intensifies.

Worsening drought risk in many regions means there may be an increased possibility of conflict, as well as an increased pressure for those affected by drought to migrate to other regions. There have already been significant refugee crises sparked at least in part by hotter drought.

Climate change also alters where snow and rain fall, and how long snow and wet conditions can persist and soak into the soil. Plants dry out rapidly under hotter temperatures if rain and soil moisture can’t compensate.

As the planet warms, trees and other vegetation in some regions are weakening and dying at increasing rates. That trend has been clear recently in California and New Mexico, but it is also happening in many spots around the planet. In many cases, climate-stressed vegetation is burning in unusually large, severe wildfires.

As we’ve seen in the Western U.S. in states like California, hot drought sets up wildfire risk like nothing else. Moreover, an unusually wet season doesn’t always help, since it can encourage excessive grass and other plants to grow, only to become highly flammable wildfire fuel when they dry out. That’s one important and growing problem: as the climate continues to warm, elevated risks of forest stress and die-off, vegetation transformation, and wildfire will spread across these regions.

The growing occurrence of catastrophic wildfire has lots of impacts on people besides the obvious impact on vegetation. Homes and whole communities are being lost, and people are dying. Wildfire smoke is a potent and growing source of harmful air pollution.

Q: What are people experiencing in Michigan? It’s been a wet season. Is drought a concern here?

Climate change is manifesting as increasing extremes around the planet. High temperatures and intense precipitation are the two types of that have become most troubling for Michigan. Both trends were predicted earlier, and both are clearly taking place now.

The trend towards warmer conditions with greater farm runoff is leading to increased risk of algal blooms in lakes, and our infrastructure is starting to be overwhelmed by both increased average amounts of rain, and increased intensity of the rainfall.

But just because we’re in a wet period now doesn’t mean that we won’t also experience drier conditions as temperatures continue to rise. Many farmers in Michigan are already moving to irrigation to make sure the warmer temperatures don’t reduce crop yield.

Michigan has a history of drought, although generally Michigan droughts only last a season or two. Just like everywhere else, warming temperatures will make the impacts of these droughts worse when the droughts occur.

Perhaps most surprising is the fact that Michigan has also seen multi-decadal “megadroughts” in recent geologic history. Paleoenvironmental studies have revealed these Michigan megadroughts and their profound impacts on vegetation. And, of course, if such a drought were to reoccur in the future, it would be made more severe by our warming temperatures.

Q: With droughts increasing, how should we shift the way we look at our water resources moving into the future?

The situation calls for policy-makers, resource managers, and the public to consider addressing droughts with “no-regrets” options, which are activities that yield benefits in every scenario. Choices include saving groundwater for when it is really needed; injecting extra water into the ground for storage during wet periods; making water use more efficient; perfecting the reuse of water; and making sure we maintain water allocations to activities such as farming, whose users can temporarily sell their water when less-flexible users (including urban populations) need help in dealing with extended drought. These strategies might prove more feasible than massive efforts to transfer water between regions, especially given that many regions can be hit by drought simultaneously.

Q: Is there any silver lining to the growing risk of drought around the globe?

To start, we know drought is happening now, and we know we’ll experience it into the future. They say knowing is half the battle—now we must decide what we will do with the information.

We can limit the devastation, but only if we develop the appropriate buffering strategies now, and only if we get serious about reducing emissions of greenhouse gases to the atmosphere. That’s how we can keep future droughts from becoming so hot and dry that they are beyond our buffering capacity.

Places like Michigan, which is surrounded by more than 20% of the world’s unfrozen freshwater, are better situated to handle a hotter, more drought-prone climate.

If Michigan learns to handle its own climate challenges, this could drive more people to the state. But this opportunity for Michigan could quickly turn into a challenge if Michigan becomes a less desirable place to live because of unabated climate change impacts.

The bottom line: we have a solid understanding of the current and future challenges ahead. We must now accelerate work to address and plan for the future. Most importantly, the climate change challenge is a drought challenge for billions of people around the planet. Our top priority—as a nation and a planet—needs to be the transitioning out of fossil fuels and into a world free of human-caused climate change.