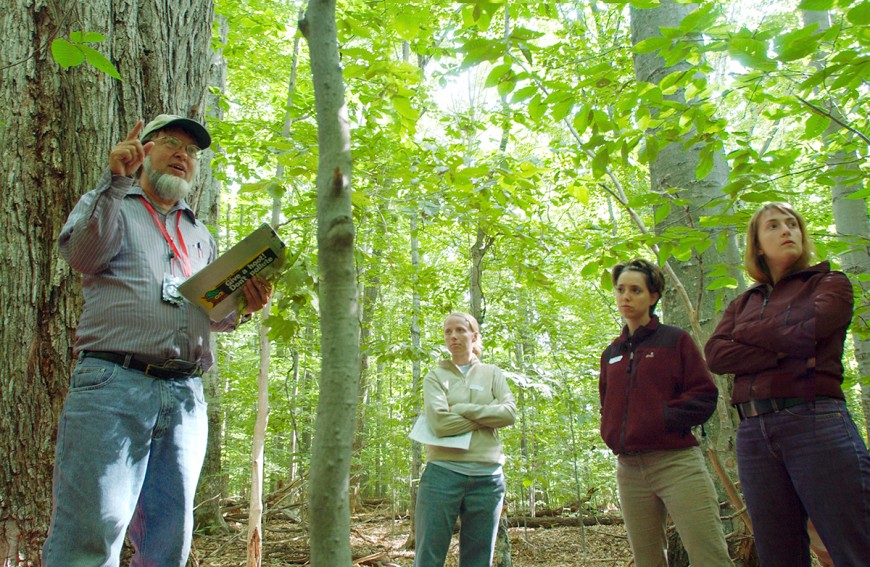 Professor Emeritus John A. Witter died at home on Tuesday, August 4, 2020, at the age of 76. He was described as “the happiest, most enthusiastic and most optimistic person you could ever meet.”

Witter joined the faculty of the University of Michigan's School of Natural Resources (now SEAS) in 1972 as an Assistant Professor of Forest Entomology. He was promoted to AssociateProfessor in 1976, and Professor of Entomology and Forest Dynamics in 1984. From 2000-2010, Witter held the George Willis Pack Professorship in Forest Entomology. During his 39 years at U-M, he was very active and enthusiastic as both a researcher and teacher. He co-authored a well-known textbook, Forest Entomology: Ecology and Management, as well as authoring and co-authoring hundreds of journal articles, technical reports, handbooks, video productions, and other materials.

Witter collaborated extensively with both the USDA Forest Service and the Michigan Department of Natural Resources, as well as with colleagues at both Michigan State University and Michigan Technological University, where he was an Adjunct Professor of Forestry. His research interests revolved around a variety of forest insects and other forest health disturbances in both rural and urban forests, such as tent caterpillar, spruce budworm, gypsy moth, beech bark disease, and air pollution. He served on numerous steering and advisory committees and technical panels, and was a regional trainer for the Forest Health Monitoring/Forest Inventory and Analysis programs of the USDA Forest Service for many years.

Witter deeply enjoyed teaching, both in the classroom and in the field, and it was this that he missed most after his retirement in 2011. In addition to teaching on the Ann Arbor campus, he taught for many years at Camp Filibert Roth in Iron County in the Upper Peninsula of Michigan, where he served as the Director for several sessions, and later at the U-M Biological Station in Pellston, MI. His teaching portfolio included courses such as Biology and Management of Insects, Insect Ecology, Agricultural and Forest Pest Management, Habitats and Organisms, Integrative Field Studies, Introduction to Natural Resources, and Natural Resource Problem Solving. He chaired more than 70 M.S. and Ph.D. graduate student committees and served as a member on committees for numerous other graduate students.

When James Diana, Professor Emeritus and former Director of the Michigan Sea Grant College, shared the news of John Witter’s passing with the SEAS community, many responded with treasured memories—and great respect—for their friend, mentor, and colleague.

Read more about John Witter’s life and work in his obituary on mlive.