Sourdough Bakeries and Their Connection to Communities 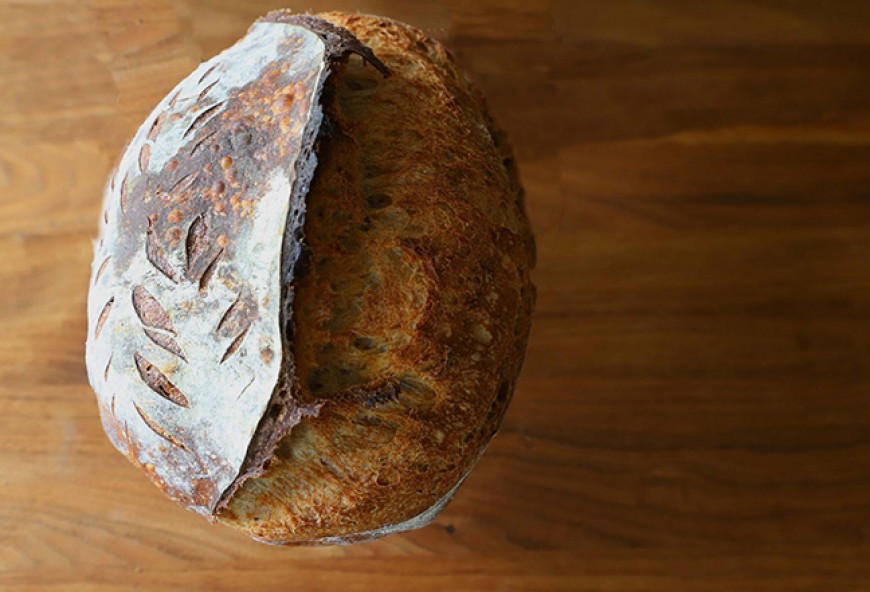 Analysis of food systems and their connections to communities has long been discussed in relation to sustainability and food sovereignty. Building upon this body of research led School for Environment and Sustainability (SEAS) master’s student Esther Woo to pursue a thesis on sourdough production in Michigan and her hometown of San Francisco. Over the summer, Woo interviewed 32 bakers and visited 13 bakeries across the United States to understand the process of baking sourdough and how these local businesses interacted with their communities.

“I was inspired to pursue this project because of my own interest in sourdough baking,” Woo said. “It started as a quarantine hobby. I was given a starter from my undergraduate chemistry professor and used the process as a way to bring the chemistry lab to a home setting. It grew once I moved to Ann Arbor last year as I started investigating how the bacterial culture of a sourdough mother changes when it is moved to a new locality. I noticed that my starter had different smells and flavors than it did back home in San Francisco.”

The project evolved into a thesis after an office-hours discussion with SEAS Associate Professor Bilal Butt. “I had a conversation with Dr. Butt about my sourdough hobby, and I got the idea from him to talk about the narratives behind the process of baking bread with an intention of connecting people back to the production of their food,” said Woo.

SEAS Associate Professor Rebecca Hardin was then contacted to be the main faculty advisor for the project. “Dr. Hardin’s background in anthropology and my background in chemistry combined both of our interests into a compelling thesis," noted Woo. "Originally I wanted to focus my study on sourdough in relation to culture, climate change, and food insecurity. Dr. Hardin helped me focus my research mainly on the cultural component since a larger focus would be more like a dissertation.”

The bakeries ranged from small and intimate shops to automized and industrialized factories. Woo spoke with bakers from Ann Arbor, San Francisco Bay, and Detroit. She was particularly interested in looking at the ways the food production industry connects with place and identity. She observed that local bakeries became more than just a store, they became a setting where the community of a place is created and maintained.

“I noticed that these bakers took political stances, including about the Black Lives Matter movement and LGBTQIA+ issues, as a way of supporting their communities," Woo said. "This activism also included donating to local charities and giving back to people in need. It just stressed that these small businesses are rooted in place and enrich the area through the production of bread and by contributing to the connectivity of the community itself. This is in stark contrast to conventional store-bought, industrialized breads; they feel empty because that vital aspect of community is missing.”

Woo wanted to include a study of the projected impacts of climate change on the wheat industry, which would eventually impact these cultural and community practices. In order to bolster her thesis, Woo created figures for her thesis that she developed while taking Geovisualization of Environment and Society (EAS 501.015), which is taught by SEAS Assistant Professor Derek Van Berkel. Woo's figures show densities of the bakeries overlayed with income and racial demographics of the regions. “It’s interesting to see because sourdough is more expensive than other types of bread. Of course, there is the trend of people starting to work with starters during the pandemic, leading to wheat shortages as everyone stayed home and took up baking.”

Overall, Woo hopes to integrate these concepts of community relations into a PhD analyzing how self-reported identities impact the way children learn about biology, chemistry, and environmental science. Through her project Woo has emphasized that food science relates to environmental science because the food industry will be increasingly impacted by climate change.