The Southwest Must Fight for Its Water and Its Future 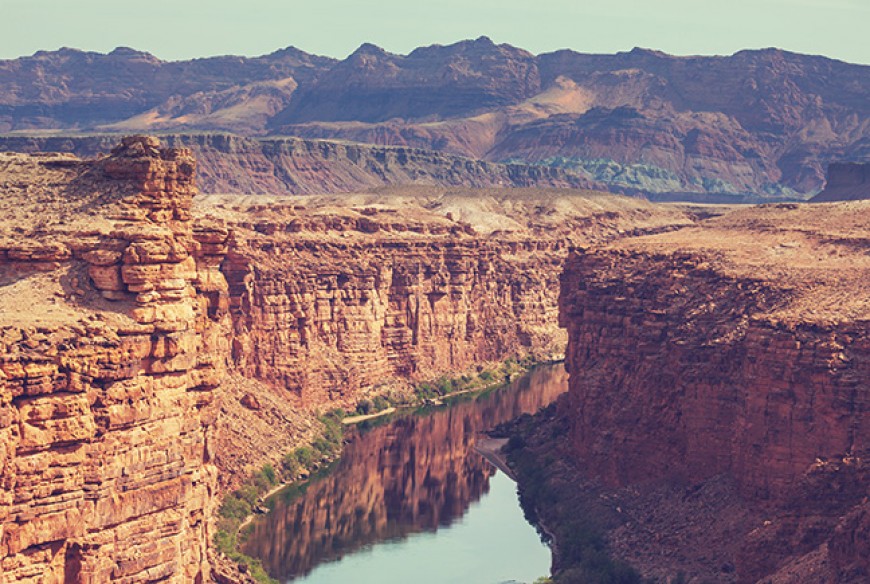 Why do I worry so much about Arizona?

Without a sustainable water supply, life in the desert is all but impossible. Fortunately, when people first came to Arizona millennia ago, there were many flowing rivers, allowing complex communities, large and small to thrive. Europeans arrived, and the thirst for water grew steadily. With that growth, increasing numbers of rivers started to dry up from over-allocation and groundwater pumping. Fortunately, groundwater was still abundant, and starting in the 1930’s, the engineering of big dams and reservoirs on the Colorado River connected Arizona farms, Phoenix, Tucson and more to the flows of the Colorado River.

But now, the flows of the Colorado have shrunk by almost 20 percent, and we know why. Flows of the Colorado are steadily shrinking because it’s snowing and raining less in the headwaters. Even bigger reductions in river flow have occurred due to the impact of relentless global warming. Warming means more moisture ends up in the atmosphere, to be carried away by the winds, and the river flow shrinks. There is almost no scientific doubt that climate change makes the growing water crisis worse. Climate change, along with over-allocation of river water, forced the federal government to recently declare the first-ever Colorado River water shortage this year and cut the amount of water available to Arizona.

Climate change is just the start of my worry for Arizona. To understand why, just consider what is happening now that the Colorado River — the primary sustainable water supply for Arizona — is flowing less and less largely because of climate change. Many in Arizona, farmers and cities alike, are starting to pump more groundwater. Arizona is blessed with abundant groundwater, but this groundwater is mostly non-renewable fossil groundwater that accumulated slowly over many hundreds of thousands of years, particularly during the ice ages, when the climate of Arizona was consistently colder and wetter. Once the groundwater is pumped dry, it’s gone. Without Colorado River water to artificially replenish the groundwater, it disappears even faster.

Rural communities with smaller groundwater reserves and no access to dwindling Colorado or other smaller river flows will be the first to run out of water. Where will the jobs go, when will real estate values crash? You can imagine the future I imagine, and it’s an Arizona with towns blinking out like dead holiday lightbulbs on a Christmas Saguaro.

Climate change and non-sustainable groundwater reserves are a big source of my worry for Arizona, but there is still an even bigger reason to worry. In all my years in Arizona talking about the looming climate crisis and highlighting that the climate crisis is really a water crisis too, most of the politicians in the state ignored the problem. Many wouldn’t even mention meaningful climate change action because of strong alliances with an oil and gas industry that provides campaign funding. Never mind that climate change is destroying the water supply for future generations, or that Arizona could be the Saudi Arabia of renewable solar energy. Most politicians in Arizona just ignore climate change — and in doing so, they are robbing Arizona of its future.

To save the day, we must act boldly and quickly. President Biden has adopted climate action goals that are considered necessary by climate scientists to keep global warming from getting out of control and devastating our nation, our planet — and yes, Arizona.

To save the day, Congress must act — the Senate must act — and I worry they might not. I worry that Arizona’s politicians will once again choose to sacrifice their state and their constituents in the face of what is for Arizona an existential climate change and water crisis. I hope to see political courage and action in the days ahead, for Arizona, for the Southwest, and for our future.

Jonathan Overpeck, Ph.D., is a climate scientist, professor and dean of the School for Environment and Sustainability at the University of Michigan. He previously served as co-director of the University of Arizona’s Institute of the Environment. He has researched drought, climate variability and climate change on five continents, including decades od research in Arizona. Follow him on Twitter: @GreatLakesPeck