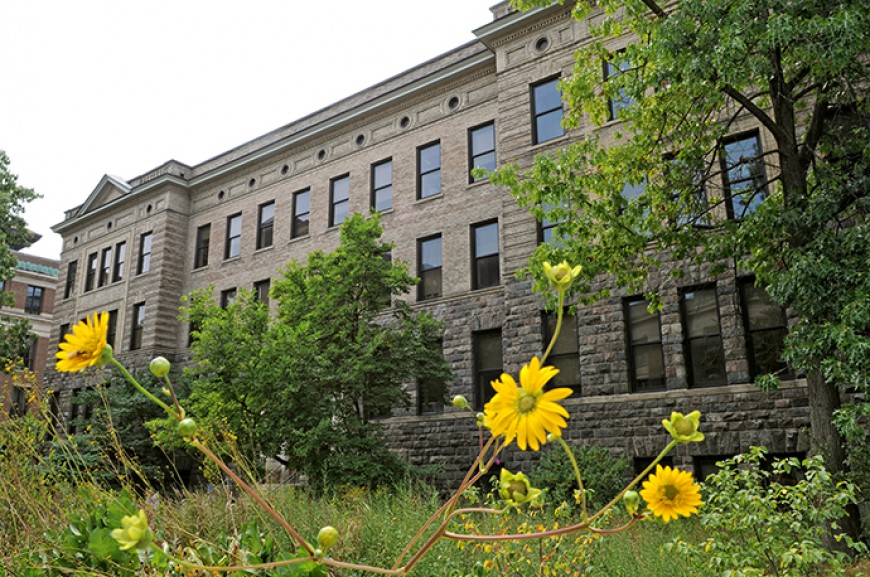 Thomas Lyon is the Dow Chemical Professor of Sustainable Science, Technology and Commerce at the Ross School of Business and School for Environment and Sustainability and director of the Erb Institute for Global Sustainable Enterprise. He is a leader in using economic analysis to understand corporate environmental behavior and how it is shaped by emerging government regulations, nongovernmental organizations and consumer demands.

“The court’s decision not only undermines the ability of the United States to address one of the world’s most critical issues, it does so by wielding a blunt instrument that is totally out of line with precedent,” he said. “The Clean Air Act and Clean Water Act put forward bold goals to achieve a cleaner and healthier environment. They intentionally left the details to the EPA because Congress lacks the expertise to deal with complex technical issues. In fact, cost/benefit analyses show that the Clean Air Act has been perhaps the single most beneficial piece of regulation in our nation’s history. For these activist judges to turn around now and claim that Congress must micromanage regulatory policy is not just foolish but also overturns a long history of effective regulation.

“The claim by coal companies that EPA is only allowed to regulate power plants individually flies in the face of economic efficiency and of long-standing EPA policies like the National Ambient Air Quality Standards, which are the primary means of regulating air quality in the U.S. Those standards focus on overall air quality in particular regions, which is the primary concern from the point of view of human health. Similarly, the concern with climate is with regard to overall levels of greenhouse gases, which are most effectively regulated through broad-based policies such as carbon taxes or cap-and-trade programs. The justices appear to have utter disregard not only for precedent but also for economic efficiency.”

Barry Rabe is the J. Ira and Nicki Harris Family Professor of Public Policy at the Ford School of Public Policy and professor of political science and the environment. He studies U.S. climate policy, including issues of federal-state relations and the roles of respective branches of government. Rabe has written widely about these issues, including the evolution of the Clean Power Plan under President Obama and the subsequent Affordable Clean Energy Rule under President Trump, which are focal points in the current case. These are examined in his book, “Trump, the Administrative Presidency, and Federalism.”

“The ability of presidents to reinterpret established laws to address emerging challenges such as climate change is further eroded by today’s Supreme Court decision,” he said. “The majority concludes the Obama administration exceeded its authority in using the Clean Air Act to try to address climate, putting tight limits on the ability of President Biden or subsequent presidents to use these powers on climate issues.

“Today’s decision indicates the growing likelihood that presidents will face strict limits on their ability to address climate change through their own executive actions. This shifts responsibility for climate to Congress and to the states, particularly in the electricity sector, and further underscores uncertainty about whether the U.S. can hit its own pledged reductions of greenhouse gas emissions. This decision further underscores the unique position of the U.S. as the only developed nation without a comprehensive strategy for climate that has been approved by its national legislature or supported by its judiciary.”

Gregory Keoleian is the Peter M. Wege Endowed Professor of Sustainable Systems at the School for Environment and Sustainability and in the Department of Civil and Environmental Engineering, and directs U-M’s Center for Sustainable Systems. He served on the U-M President’s Commission on Carbon Neutrality and was named to the Reuters Hot List of the world’s top climate scientists in 2021.

“The Supreme Court’s ruling today is unjust and will slow clean energy transitions that address our climate emergency,” he said. “The conservative members of this Supreme Court do not seem to understand or value basic climate science and the need for robust climate policy and action. Humanity is facing a climate crisis, and urgent action is needed to curb greenhouse gas emissions from the electricity sector, which currently accounts for 25% of total U.S. emissions.

“Clean electricity is fundamental for decarbonizing transportation and building sectors and necessary for achieving U.S. and global climate policy goals and targets. The EPA has a mandate to protect human health and the environment, which is our life support system. Climate change is the greatest threat to human health and environment, and interfering with the EPA’s mission has severe consequences for our future.”

Richard Rood is professor of climate and space sciences and engineering at the College of Engineering and professor at the School of Environment and Sustainability. He is an expert on U.S. weather modeling and can discuss the connection between weather, climate and society. He is also a co-principal investigator at the Great Lakes Integrated Sciences and Assessments, a federally funded partnership between U-M and Michigan State University.

“The ruling complicates an already broken approach to climate regulation and policy, which, in the absence of meaningful legislation, has been carried out by vacillating executive orders,” he said. “It makes it more difficult to intervene and reduce carbon dioxide emissions. Hence, the world will be warmer, and the U.S. will be less influential in climate solutions.”

Nina Mendelson is the Joseph L. Sax Collegiate Professor of Law at Michigan Law. She teaches and conducts research in the areas of administrative law, environmental law, statutory interpretation and the legislative process.

“This decision represents an anti-regulatory power grab by the court,” she said. “It is declaring the power to declare an agency regulation illegal simply because the court sees the regulation as ‘too major,’ whether too costly, too innovative, or too political. This particular decision undercuts EPA’s ability to address climate change. But it also represents a broader threat to the federal government’s ability to regulate to protect the United States’ environment, public health and consumer safety.

“Congress has long sought to authorize agencies to respond rapidly and flexibly to challenges Congress knows it cannot anticipate at the time it passes a statute. The court is signaling that for the issues the court picks out as ‘major’ with its ‘we know it when we see it’ approach, it will bar an agency from regulating unless Congress legislates twice by going back and passing a second, specifically worded statute.”

Sara Adar is an associate professor of epidemiology at the School of Public Health. Her research focuses on the human health effects of air pollution, with a growing interest in identifying intervention strategies to reduce exposures and improve health.

“I am disappointed by this decision of the Supreme Court,” she said. “The Clean Air Act tasks the EPA with protecting the public from the harmful effects of pollutants in the air. This ruling will make it much harder for the EPA to accomplish their mission by hindering their ability to address climate change, which is quite frankly one of the biggest environmental and public health threats that we face today.”

“This ruling dramatically limits the ability of the federal government to reduce emissions of carbon dioxide, methane and other pollutants from industry, transportation and other sectors,” he said. “While some voluntary, state and local programs will continue, the lack of a national program means that the U.S. will not meet the emission reduction targets needed to limit warming and prevent adverse impacts on climate, agriculture, environment, water supplies, forest fires and public health. While the ruling appears to allow EPA to undertake some case-by-case actions, solutions must be scaled up rapidly to reduce emissions and mitigate further harms.”

Michael Craig, assistant professor of energy systems at the School for Environment and Sustainability, is an expert on power system emissions, operations, planning and the consequences of the Clean Power Plan for power systems and the potential rollback for emissions and investments.