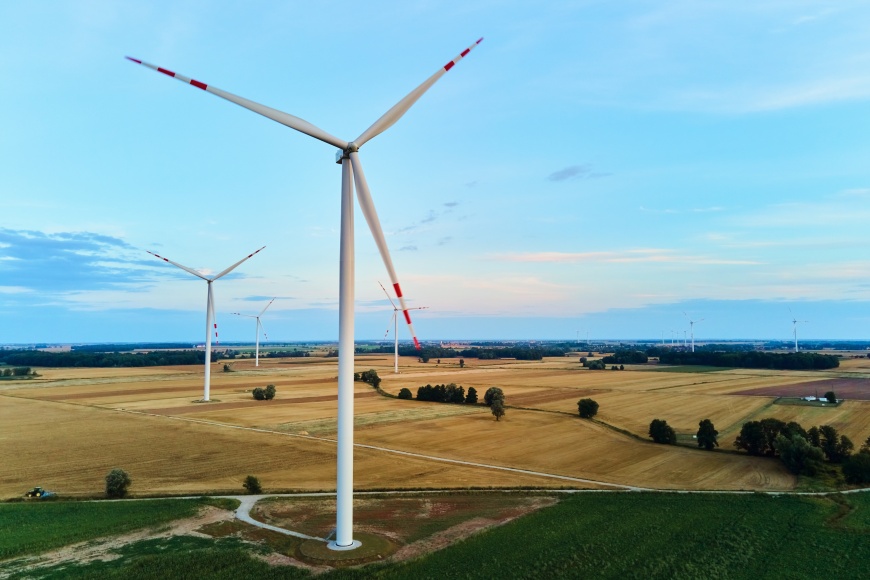 ANN ARBOR—Across the United States, local wind and solar jobs can fully replace the coal-plant jobs that will be lost as the nation's power-generation system moves away from fossil fuels in the coming decades, according to a new University of Michigan study.

As of 2019, coal-fired electricity generation directly employed nearly 80,000 workers at more than 250 plants in 43 U.S. states. The new U-M study quantifies—for the first time—the technical feasibility and costs of replacing those coal jobs with local wind and solar employment across the country.

The study, published online Aug. 10 in the peer-reviewed journal iScience, concludes that local wind and solar jobs can fill the electricity generation and employment gap, even if it's required that all the new jobs are located within 50 miles of each retiring coal plant.

Keeping employment local would increase the costs of replacing U.S. coal-plant workers by $83 billion, or 24%, nationwide, according to the study.

"These costs are significant in isolation but are small relative to annual U.S. power investments of $70 billion and to the total costs of transitioning the U.S. energy system away from fossil fuels, which have been estimated to be as high as $900 billion by 2030," said study senior author Michael Craig of U-M's School for Environment and Sustainability.

"Our results indicate that replacing lost jobs in coal-plant communities would modestly increase overall energy-transition costs while significantly furthering a just transition for one category of frontline communities," said Craig, assistant professor of energy systems and an expert on power system emissions, operations and planning.

The U-M researchers say federal policymakers could introduce a new investment tax credit to help defray the costs of achieving local replacement of coal with renewables. Such a credit would only apply to wind and solar projects that are located near retiring coal plants and that employ retrained coal-plant workers.

Since electric power is the cheapest sector to decarbonize, much of the early U.S. emissions reductions have come from that sector, largely due to a shift from coal to natural gas in the electricity-generation mix.

Many decarbonization pathways retire most or all U.S. coal-fired power plants within the next 10 to 20 years. Electricity generation from those retired plants will need to be replaced by new, low-carbon sources of energy. Despite the rapid growth of wind and solar power in the United States, previous research has not quantified the feasibility and costs of replacing coal jobs with local wind and solar jobs across the country.

The new U-M study helps fill those research gaps. It applies a bottom-up optimization model to all coal plants in the contiguous United States and assumes a full phase-out of the U.S. coal-fired fleet by 2030.

The researchers analyzed three "siting limits," the maximum distance that replacement solar and wind facilities can be located relative to a retiring coal plant: 50 miles, 500 miles and 1,000 miles. The 50-mile limit approximates local solar and wind facilities and jobs that would not require relocation of coal plant workers, while the 1,000-mile limit includes jobs that would require relocation.

Operations and maintenance jobs account for 57% to 92% of the replacement employment at wind and solar facilities while construction jobs play a lesser role, according to the study. O&M jobs include field technicians and administrative and management staff.

In the near term, coal-fired generation will likely continue to be replaced by a combination of new renewable investments and an increased reliance on existing natural gas plants. The current study did not look at the extent to which the use of existing assets will reduce renewable-energy jobs. In addition, the current study did not assess the impact of workforce retraining requirements for coal-plant workers.

Funding for the research was provided by the Idaho National Laboratory's Emerging Energy Markets Analysis Initiative and by the U-M School for Environment and Sustainability.

Study: The Costs of Replacing Coal Plant Jobs with Local instead of Distant Wind and Solar Jobs across the United States