Why it matters that climate change is shrinking birds 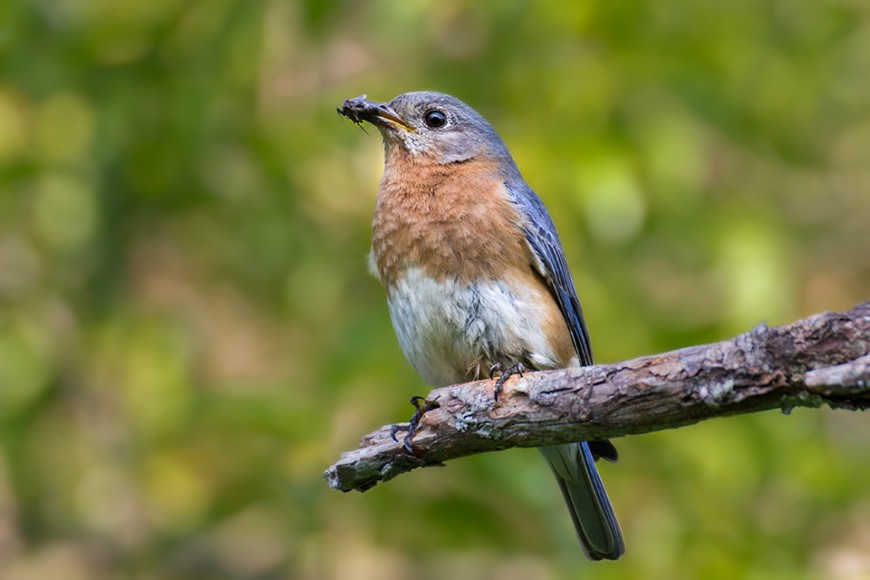 Many of the benefits that humanity derives from the natural world, like the provisioning of oxygen, are priceless. Those ecosystem services that can have a dollar value assigned to them, for example the pollination of crops, generate far more value for humanity each year than the entirety of the global economy. Climate change can threaten these services through the loss of species or shifts in species’ size or abundance. For example, warming temperatures have reduced the size of many birds over the last four decades; this is emblematic of the scale of climate change impacts on the world’s biological diversity. There is an urgent need for action.

Shrinking birds are indicative of a much bigger problem

Scientists have long predicted that increasing temperatures would drive reductions in body size across the tree of life, but testing this requires huge amounts of data collected consistently over decades. This type of data is only available for a tiny fraction of the world’s species, including some North American birds.

Recently, a study based on over 70,000 North American bird specimens found that warming temperatures have been shrinking birds for the past 40 years. Because size determines organisms’ behaviors, survival and contributions to the functioning of natural systems, widespread shrinking of birds has important implications for the ecosystem services that birds provide to people.

North American birds are not the only group of species that are shrinking. Marine ectotherms, or cold-blooded animals (e.g., most fish), are getting smaller in response to warming temperatures. This group of species feeds billions of people around the world each year. Understanding the impacts of widespread size reductions on the productivity of this system is clearly of global significance.

While scientists have only been able to test whether there have been warming-driven size reductions for a small fraction of the world’s species, there is reason to believe that this may be a widespread problem. A long-standing observation, known as Bergmann’s Rule, holds that individuals tend to be smaller in the warmer parts of a species’ geographical range. In a temporal analog to Bergmann’s Rule, scientists have predicted that plants and animals will get smaller as humans warm the world.

While some large sets of species have uniformly gotten smaller as temperatures increased, there is also evidence that size responses to warming can be variable among species. However, the potential that not all species will shrink is not cause for comfort. If species in a community are responding to climate change in different ways, with only some getting smaller, the changes in relative size can impact how species relate to each other and the environment. These changes may have cascading impacts up or down food webs, again disrupting essential natural systems.

The problem is complex, but the path forward is clear

We are warming plants and animals at a global scale, and how they respond will shape our future in untold ways. Despite the enormous importance of the impacts of climate change on the world’s biological diversity, we are remarkably limited in our capacity to monitor the effects of rising temperatures on most of the world’s species. This should change. The scope of the data necessary to understand biological responses to climate change exceeds the scale of what is feasible for individual researchers or even institutions to collect. A massive increase in investment in the natural sciences is needed to expand our ability to understand and predict the impacts of climate change on plants and animals. The development of large-scale coordinated efforts to collect data on natural systems should be a policy priority.

It is also important to recognize that the impacts of climate change are occurring in a world that has already been heavily modified by human activities. Species and ecosystems are reeling from the effects of habitat loss and the introduction of invasive species.Efforts to mitigate the impacts of climate change must go hand-in-hand with efforts to conserve and expand habitat and reduce the spread of invasive species if we are to reverse the ongoing loss of ecosystem services. This will only be achieved if policymakers recognize that the value captured in economic markets is dwarfed by the value of ecosystem services that are outside of those markets, and mitigating the combined impacts of climate change, habitat loss and invasive species on the natural systems that are essential to human persistence is the most important governance challenge of our time. Maintaining functional natural systems should not be an afterthought, it should be a central component of any policy initiative.

Addressing these challenges is urgent. Bird populations have declined so drastically that this year, there are 3 billion fewer birds in North America than there were in 1970 — the proverbial canaries in the coal mine are dropping dead all around us. The world’s biological diversity and the ecosystem services it provides to all of us are our natural heritage; we all stand to benefit from an improved understanding of the world around us, and the effective conservation of ecosystems and the services they provide.

Brian Weeks is an assistant professor in the School for Environment and Sustainability at the University of Michigan. His research focuses on biotic responses to global change and the importance of biodiversity to ecosystem stability and functioning. Follow him on Twitter: @BriWeeks_MI