Earth's hottest month on record: In the US, the West burned while the East flooded 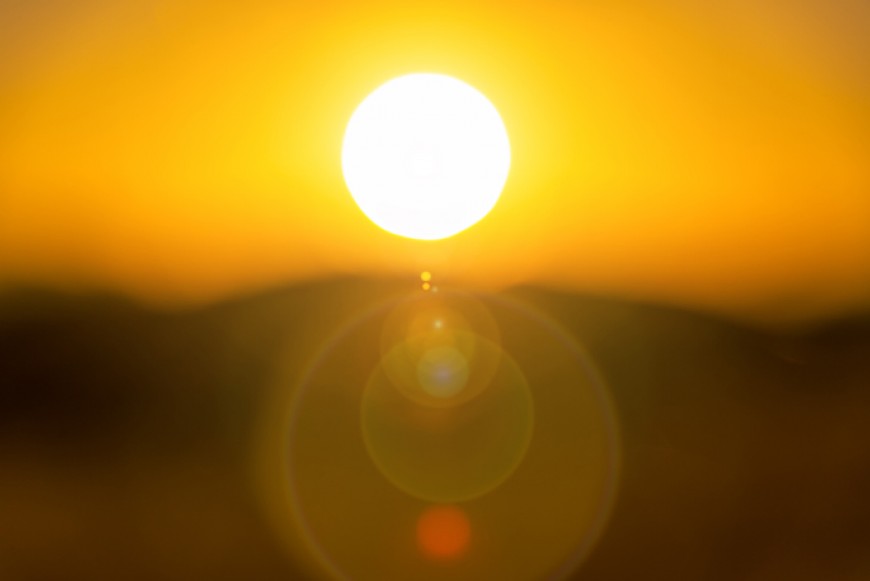 Anyone paying attention this summer knows it has been hot and smoky across most of the U.S. But did you know we just lived through the Earth’s hottest month ever recorded? July 2021 was almost 1.7 degrees Fahrenheit above the 20th-century average — the warmest month in the entire record of global temperature stretching back over 140 years. The land area of the Northern Hemisphere set an even larger record in July, exceeding 2.7 degrees above average.

Although 2 degrees Fahrenheit doesn’t sound like much, the science is clear: It was enough to set the stage for a summer of climate disasters. Hundreds of people lost their lives to extreme heat, and many more suffered economic and personal losses from extreme heat, fires, flooding and drought.

In the West, global warming almost certainly caused an unprecedented heatwave that not only killed hundreds of people but enabled massive wildfires, including one that “erased” a town just north of the U.S. border in Canada. Other punishing heatwaves wreaked havoc around the country, and a more recent wildfire destroyed much of a town in California, with yet more areas still threatened.

Relentless climate warming also caused an early summer heatwave in the Southwest, where it had already generated the first multi-decade drought since the founding of the country. This on-going “megadrought” most recently triggered the first-ever federally-declared water shortage in the region, mandating cuts in water deliveries to many users. The occurrence of hot drought conditions across the West is a clear harbinger of aridification, driven by human-caused warming, that is spreading across the continent and globe.

A hotter atmosphere is also driving dramatic ocean warming and expansion that is combining with melting glaciers and ice sheets to produce unprecedented sea-level rise. As a result, coastal America is not only getting more heatwaves but is also now exposed to inexorable coastal sea-level rise and flooding.

In addition, our rapidly warming oceans and atmosphere have started to generate an increased number of the largest, most destructive hurricanes, as well as heavier rainfall associated with all sizes of tropical storms and hurricanes. Thus, for coastal America, global warming is leading to the very real threat of flooding and permanent submergence.

This summer has made it clear that global warming isn’t just stoking catastrophic flood risk on U.S. coasts. Like so much of the continent, eastern United States and Midwest residents are feeling the bite of extremely hot temperatures, but they are also seeing more flooding due to climate change-supercharged storms that dump more rain faster than in the past. Paradoxically, this means that while much of the West suffers greater heatwaves, drought and wildfire, the Midwest and East must increasingly contend with both heatwaves and a steep rise in flood risk.

The rapid expansion of wildfire in the western U.S. results from the warming and drying climate, and this is changing the very nature of toxic air pollution across the country. In the past, air pollution — mostly from cars, trucks and fossil-fuel power stations — was dominantly an urban issue. This causes thousands of premature deaths every year, increases susceptibility to COVID-19 and likely even leads to greater risk of Alzheimer’s disease.

The intensification of Western wildfire, however, has made breathing more hazardous, in the same ways — and not just in some urban areas but also in rural America. In the cities, the toxic air comes straight from the burning of fossil fuels, whereas the expanding wildfire-related air pollution increasingly stems from the warming and drying caused by the burning of same fossil fuels.

The summer of 2021 showed us clearly how a temperature shift of less than 2 degrees Fahrenheit (about 1 degree Celsius) translates into major climate change impacts coast to coast in the United States. Coincidently, the UN’s Intergovernmental Panel on Climate Change (IPCC) just released its latest climate change assessment report, approved by 195 countries of the world, and the conclusions place our extremely hot 2021 summer in broader, more troubling context.

Global warming has been relentless, with each of the last four decades warmer than any preceding decade. Current warming is unprecedented in more than 2000 years. There is no doubt that humans are causing the warming, and that the warming will continue to accelerate unless we act quickly to stop it. At this moment, California and much of the rest of the West is increasingly on fire. Meanwhile, Arizona and six other Colorado River Basin states face ever-worsening water shortages. At the same time, Florida and much of the rest of coastal America is contending with “nuisance flooding” that will become multiple feet of sea-level rise devastation. Infrastructure, lives and livelihoods are threatened across the United States like never before.

The key to solving the climate crisis is to replace our 20th-century infrastructure, and in particular our fossil-fuel-based transport and power infrastructure, with 21st-century electrified everything, powered by carbon-free energy sources such as solar and wind.

We can do this with existing technologies that are mostly cheaper than the aging fossil fuel-based systems they will replace. The elimination of coal, oil and natural gas burning will also largely end the era of toxic air pollution. Major climate action in this decade is essential — or else we will soon face a far greater climate crisis as the record warmth of this summer becomes remembered merely as another warning that went unheeded.

Jonathan Overpeck, Ph.D., is a climate scientist, professor and dean of the School for Environment and Sustainability at the University of Michigan. He has researched drought, climate variability and climate change on five continents. Follow him on Twitter: @GreatLakesPeck