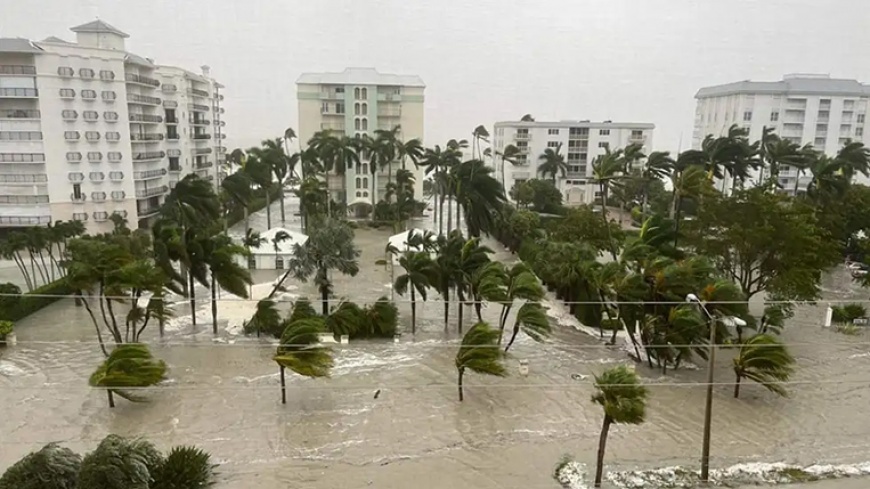 As Hurricane Ian slams southwest Florida with a catastrophic storm surge, University of Michigan experts are available to comment on the impact of the Category 4 hurricane.

Jonathan Overpeck is an interdisciplinary climate scientist and dean of the U-M School for Environment and Sustainability. He is an expert on climate and weather extremes, sea-level rise, the impacts of climate change and options for dealing with it. He served as a lead author on the authoritative Intergovernmental Panel on Climate Change 2007 and 2014 reports.

“Hurricane Ian is a climate change-supercharged 21st century storm. The rapid intensification into a major hurricane is a clear sign of climate change at work, and climate change will also tilt the odds in favor of unusually heavy rainfall rates,” he said. “Sea level rise due to global warming will also contribute to higher storm surges than in the past. Thanks to climate change, hurricanes of today are becoming a whole new level of disaster, especially on our coasts, but also inland where these storms can also lead to unprecedented flooding as they weaken.”

Jeremy Bricker, associate professor of civil and environmental engineering, investigates the resilience of structures and infrastructure exposed to both increasing hazards due to climate change and increasing consequences due to expansion of development in coastal and flood-prone areas.

“Tampa looks like it won’t be too bad, as the surge is always biggest on the right side of a storm, while Tampa seems to be on the left side of this one. However, Port Charlotte and Fort Myers are at real risk of damaging surge, and their barrier islands face risk from both surge and destructive waves,” he said. “This is the sort of event that coastal barrier systems, such as New Orleans’ storm surge protection system and Houston/Galveston’s planned Ike Dike, are being built to mitigate.”

Sue Anne Bell is an assistant professor of nursing and a disaster response expert whose research addresses health effects of disasters and the impact of climate change on human health. She is active in clinical disaster response, with recent deployments to Hurricane Maria, California wildfires and the COVID-19 response.

“As in other recent hurricanes, some residents will choose to ride out the storm in their homes, despite recommendations to evacuate,” she said. “The risks can be high—sheltering in place during a major hurricane, with flooding rainfall, storm surge and powerful winds, can put lives at risk. The damage to neighborhoods after the storm, including loss of power can also be dangerous, and supplies can be hard to find.

“It is easy to dismiss those who stay in the storm’s path as uninformed, but for older adults, evacuating can come with its own consequences. Researchers have found that older adults may not be well prepared to address the health risks that occur during disasters. Being ready to either evacuate or stay put is part of that. Understanding and addressing the underlying reasons behind why seniors do not evacuate can help to improve disaster response for this population.”

Seth Guikema, assistant professor of industrial and operations engineering, and civil and environmental engineering, can discuss the power restoration process.

“They’re already in the hundreds of thousands of outages, and it’s going to get worse,” he said. “Some of the outages will likely last days to potentially over a week. Individuals in the area should be prepared for prolonged outages.”

Perry Samson, professor of climate and space sciences and engineering, is an expert on chemical meteorology and teaches a course on extreme weather.

“Another worry is that, embedded in Hurricane Ian, we’re seeing a number of tornadoes form. We keep a web site (www.tornadopaths.org) that tracks tornadoes on the ground. It shows that there were 10 reported tornadoes yesterday in the Miami area. Today the entire southern Florida is under a tornado watch.”