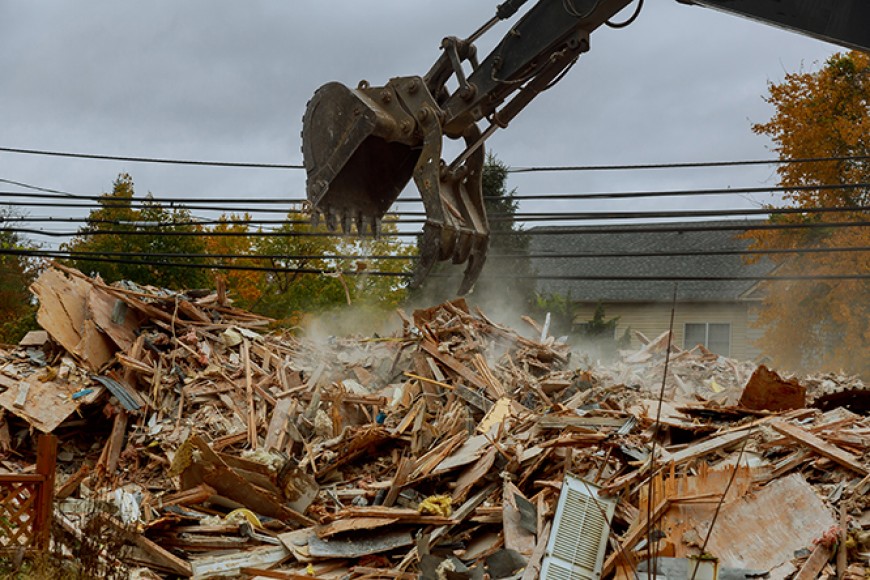 The damage and death from last week’s tornado outbreak were horrifying by all measures. Video footage of a huge tornado approaching in the night, illuminated only by lightning flashes, conveys the sense of the terror that must have been felt as nature unleashed its fury on a likely record-long 200-plus mile swath of American heartland. My heart goes out to the people and communities who suffered loss. Unfortunately, there is a good probability that such devastating storms will become an even bigger problem if we fail to take rapid action.

I have been thinking about tornadoes and storms for a long time — living through them and studying them as a climate scientist.

As a young kid in southern Michigan, I had to hunker down in our basement multiple times, including once when I later learned from my dad that he had watched the tornado go right over our small neighborhood, luckily without touching down.

Years later, as a freshly minted Ph.D. climate scientist, I was intrigued by the damage different types of windstorms could do to forests. I wrote a peer-reviewed paper in 1990 with colleagues at NASA focused on how drought, wildfire and extreme wind events would probably become more severe given continued climate change. In doing so they would help speed up the rate at which trees no longer suited for a changed climate could be replaced by trees better adapted to their new climates. We asserted that continued global warming would likely increase the intensity and frequency of large thunderstorms, including those that could spawn more severe tornadoes.

Over the years since that paper appeared, the evidence has become ever more compelling that heatwaves droughts, wildfires and hurricanes have all become more severe due to climate change, but at the same time the hypothesized impact on tornado severity has been harder to nail down with confidence. Only recently has the UN  Intergovernmental Panel on Climate Change (IPCC) concluded that there is some confidence that continued climate change will mean an increase in thunderstorm severity, as well as a longer severe thunderstorm season. More specifically, it appears that warming should be causing an increase in cool season tornado storms — like those that just hit communities in eight states.

To be sure, there is more to increasing tornado disaster risk in the United States than just climate change. As communities in tornado country grow, there are more buildings and people at risk. However, at the same time, it’s becoming more and more clear that climate change is likely putting a broad swath of the United States at greater risk of destructive thunderstorms and tornadoes. In other words, Tornado Alley is only going to get bigger and more year-round. We need to make sure that all future infrastructure upgrades take climate change into account, including in tornado country.

The primary way climate change appears to be increasing thunderstorm and tornado intensity, especially in the cooler months, is simply because relentless warming is providing more fuel for these storms. Warmer Gulf of Mexico waters mean more warmth and moisture for air masses moving north over land, where they collide with cold winter air moving southward, often setting up the conditions needed for severe thunderstorms and destructive tornadoes. As global warming continues, we can expect these types of air mass collisions to occur further and further north, broadening storm risks to an increasing number of Americans.

The year 2021 will be remembered for many things, but one of the signature aspects of this year has been the unusual variety and number of extreme weather and climate events that have occurred in the United States and elsewhere around the world. Record heatwaves and drought worsened in the West and set the stage for yet another devastating wildfire season. An unrelenting megadrought triggered a worsening Southwest water crisis. Further east, rains continued to intensify with repeated flooding as a result. Many hurricanes once again made landfall and penetrated deep inland, leaving unusually large destruction behind.

All of these weather and climate extremes had two things in common:

1) They caused serious human suffering and loss of life.

2) They all were likely made worse by human-caused climate change.

And now in 2021, we have new visceral evidence of how climate change is increasing the destructive potential of thunderstorms and tornadoes. The good news is that we know how to stop the climate change, the warming, and the supercharging of extreme weather. The bad news is that we need to act fast, starting now, or else we must add greater loss of life and more destruction due to tornados to the growing list of what we allowed to happen because of our inaction. To honor the memory of those lives lost, we must act to prevent future tragedies. We must act to stop climate change.

Jonathan Overpeck, Ph.D., is a climate scientist, professor and dean of the School for Environment and Sustainability at the University of Michigan. He has researched drought, climate variability and climate change on five continents. Follow him on Twitter: @GreatLakesPeck.

These opinions are his own and do not necessarily reflect those of the University of Michigan.