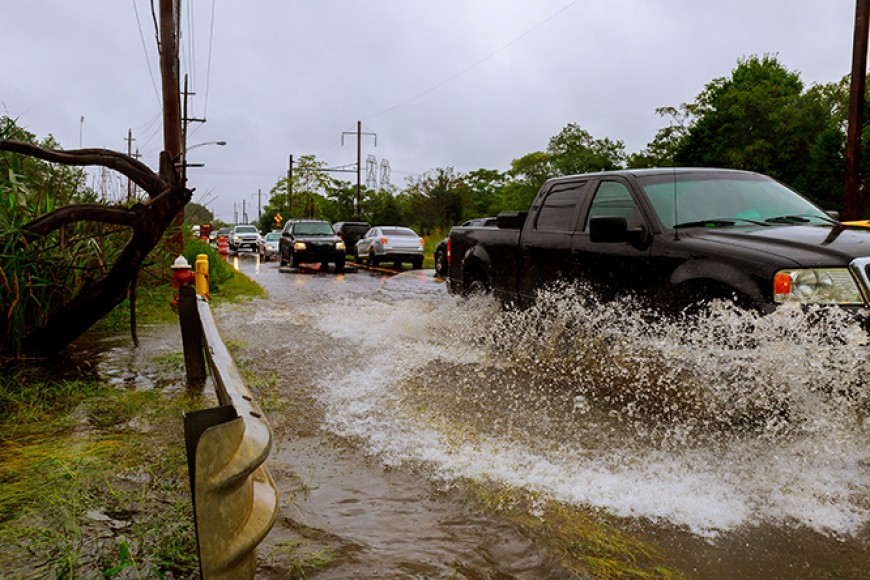 When pondering resolutions for a new year, it can be helpful to review the year gone by. In the case of 2021, one of the most striking realizations is that we’ve clearly entered an era of extreme weather disasters supercharged by accelerating climate change. It’s important to understand the realities of what is happening to our nation and planet, as well as what it means for the future.

As if to punctuate the year with an exclamation point, the horrifying 2021 year-end suburban fires in Boulder County, Colorado destroyed hundreds of homes and other buildings, and highlighted several key climate realities.

Reality No. 1 is that a warming atmosphere means a more vigorous and variable hydrological cycle. As the atmosphere warms, it can hold more water vapor, and as climate scientists have long expected, this is creating intensified hydrologic extremes. This means the water-hungry atmosphere more effectively dries out vegetation and soil, driving more severe drought. This very phenomenon set the stage for the disastrous year-end Boulder suburban grass fires, just as it did for the continued surge in severe forest fires globally (and nationwide) in the increasingly year-round fire season.

Reality No. 2 is that climate change isn’t just about warming. Climate change is also changing patterns of atmospheric circulation, and this means changing when and where it rains. In the months leading up to the 2021 Boulder County disaster, unusually warm temperatures accompanied a lack of the usual early winter snow, and this translated into an even drier, more dangerous, fire risk.

Reality No. 3 is that people will continue to build more homes and other infrastructure in places susceptible to climate-related disasters, and this means the costs of the disasters will only continue to rise. Whole towns are now being largely destroyed by climate change-supercharged wildfire, and in too many cases, people are dying as a result. In 2021, we saw this trend continue to worsen. One town in southern British Columbia was “erased” in June, and another in California was “leveled” in August.

Reality No. 4 is that climate change is generating increasingly unprecedented extreme heatwaves that are in turn increasingly parching vegetation and setting the stage for severe wildfire.

Reality No. 5 is that these ever-worsening heatwaves are also killing more people even absent fire. In June 2021, a jaw-dropping heatwave that would have been virtually impossible without climate change brought temperatures far above 100 degrees Fahrenheit to the Pacific Northwest, and led to hundreds of deaths. This was followed by July 2021 being the Earth’s hottest month on record and plagued by many severe heatwaves around the globe. And in August 2021, a European heatwave caused thousands of excess deaths.

Reality No. 6 is that 2021 gave us an even clearer picture of how climate change is hammering both the United States as well as the rest of the planet. If you live in the Southwest U.S., you’d have to be in a decades-long slumber to miss how climate change has led to the hottest, longest megadrought in our nation’s history, and how the water security of the region is at increasingly grave risk if climate change continues. In 2021, the crisis worsened significantly as the federal government was forced to declare the first-ever water shortage on the Colorado River.

Reality No. 7 is that climate change is now causing the aridification of Southwest and High Plains states, forcing many farming communities to use groundwater maintain their way of life and agriculture that feeds us all.

Reality No. 8, however, is that much of this groundwater is fossil water, which cannot be replenished and will be eventually gone forever given continued climate change and rates of water use.

Reality No. 9 was also made clear in 2021. Just as the warming atmosphere is making drought and aridity worse in some regions, the greater moisture-holding capacity of a warmer atmosphere is also causing it to rain more and harder in other regions. In 2021, the Midwest and Mid-Atlantic regions saw yet more flooding because of this phenomenon, just as we saw more examples of how tropical storm- and hurricane-related flood risk will only increase if climate change is allowed to continue.

A focus on 2021 weather disasters would not be complete without highlighting that the year has witnessed new scientific understanding of how climate change is likely increasing the risk of stronger tornadoes in warmer months, as well more frequent and damaging tornadoes in cooler months. This emerging climate Reality No. 10 of 2021 also suggests tornadoes, like hurricanes, are also going to reach further northward in the U.S. if climate change is allowed to continue.

What alarms me as a climate scientist is how fast climate change is making extreme weather, drought, water shortages, wildfires, flooding and storm damage worse. In this sense, the climate crisis is really many crises rolled into one, and 2021 highlighted how they will all continue to worsen unless climate change is halted soon. The good news is that we know how to stop climate change with technology and policy that is both affordable and equitable. The bad news is that the disasters of 2021 will pale in comparison to what comes next if we fail to act.

We all need to make a New Year’s resolution to get Congress to quickly pass the Build Back Better climate legislation. The alternative doesn’t look good for the nation, or the planet.

Jonathan Overpeck, Ph.D., is a climate scientist, professor and dean of the School for Environment and Sustainability at the University of Michigan. He has researched drought, climate variability and climate change on five continents. Follow him on Twitter: @GreatLakesPeck. These opinions are his own and do not necessarily reflect those of the University of Michigan.