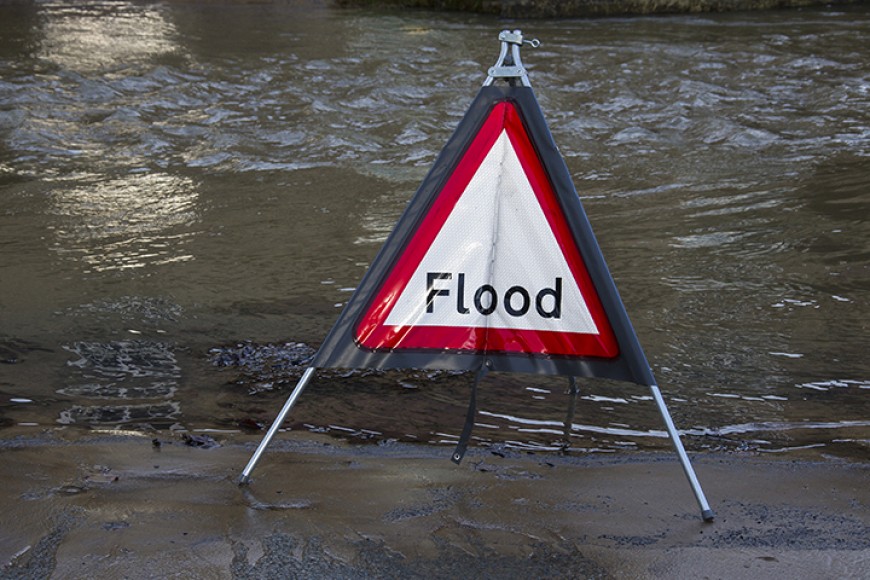 The year 2021 has clearly become a posterchild of climate change-supercharged weather extremes. Many communities in the United States, Canada and around the globe are reeling from epic deadly heatwaves, unprecedented drought and looming water shortage. The western North American wildfire season has ignited with a vengeance that will almost surely set new, horrifying records. And paradoxically, unusually intense rains have once again triggered destructive and deadly flooding.

Over the last week, heavy rains and associated flooding left a trail of destruction and hundreds of deaths in Germany, Belgium, the Netherlands and elsewhere in western and central Europe. Entire towns, railway lines and roads have been swept away.

Human lives and infrastructure are taking a beating, and not just in Europe. Just last month, multiple parts of U.S. Midwest were hit by extreme rains and floods, most notably southeast Michigan and Detroit. And, this week, the same thing, again. Only one year ago, extreme rains also resulted in multiple dam failures and extreme flooding just to the north of this year’s Detroit disasters, and damage to farms and infrastructure was widespread across Michigan.

What’s behind all this unusual flooding? Climate change is altering the total amounts of precipitation falling as rain or snow: The Southwest is drying out, whereas the northern High Plains, Midwest and Northeast are all getting wetter. On top of this change in the total amount of rain and snow received, the proportion of annual precipitation falling in the heaviest 1 percent of events has increased by over 40 percent since 1958. Why the latter? Because as the atmosphere warms, it holds more moisture, enabling more rain to fall faster when the conditions are right. As we allow the planet to warm more and more, the situation is becoming increasingly ripe for more intense rainfall more often — not just in the Midwest U.S. but around the globe.

Remember “Superstorm” Sandy in 2012 and the devastating flooding it caused in New York, or the unprecedented flooding associated with the 2017 Hurricane Harvey landfall in South Texas? Same explanation: more rain, faster, because climate change is making the impact of these and other storms worse. Moreover, when it comes to tropical storms and hurricanes, flooding is exacerbated by accelerating sea-level rise driven by the warming and expansion of oceans, plus the melting of glaciers and ice sheets. This translates to an even larger increase in flood risk along our coasts: more rain, faster, can combines with sea-level rise and related increases in stronger ocean storm surges to wreak extra flood deaths and destruction.

The story of worsening climate extremes — almost every story — is also a story of failing infrastructure. Much of existing human infrastructure was built with the climate of the 20th century in mind, rather than the rapidly worsening climates of the 21st century. Risks associated with intense rainfall — loss of lives, damage to infrastructure, and more — will continue to grow as long as we allow climate change to continue. Meanwhile, our roads, bridges, buildings, storm water and sewage systems, dams, flood protections, as well as other infrastructure will be increasingly unable to withstand with the climate extremes that are unavoidable in a warming world.

The nexus of continued climate change and increasingly outdated infrastructure is a recipe for ever worsening human and economic disaster. This month, flood-related climate-infrastructure disasters have dominated the news, highlighting the need for upgraded infrastructure that is resilient in the face of greater, and more intense, precipitation.

Yet, in the last year alone, we’ve also had a larger array of other infrastructure failures related to climate change. Urgent action is needed to protect citizens and our infrastructure from increasingly deadly heatwaves, from more severe, widespread and devastating wildfires, from the impacts of rising sea level on coastal buildings, and from impending shortages as water infrastructure becomes overwhelmed by extreme drought.

Perhaps no element of our 20th-century infrastructure is more at risk than our energy generating and transmission systems. For examples, we need look no farther than last February’s power disaster in Texas, or recent power failures and electrical system ignitions of devastating wildfires in California. Even in the recent flooding in Michigan, power system failures exacerbated flood problems.

Jonathan Overpeck is a climate scientist, professor and dean of the School for Environment and Sustainability at the University of Michigan. He has researched drought, climate variability and climate change on five continents. Follow him on Twitter: @GreatLakesPeck.