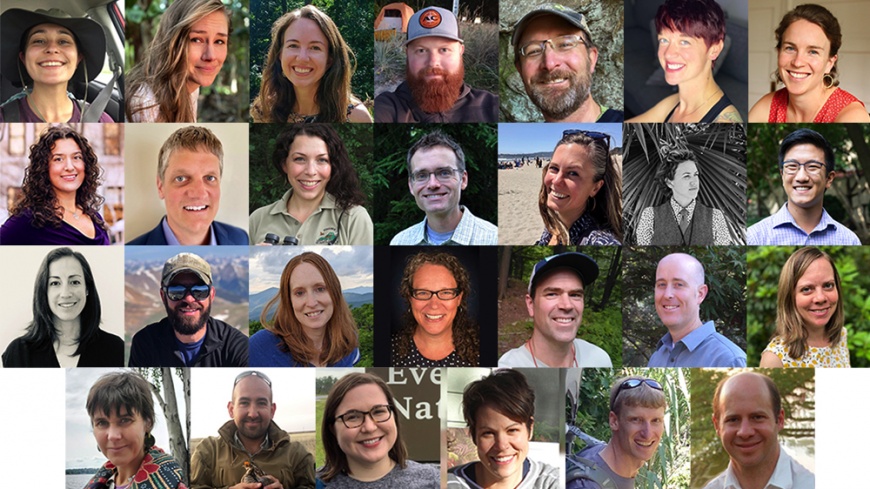 “Leaders are made, not born.” —Warren Bennis, author, “On Becoming a Leader”

Fostering leadership in conservation has been a fundamental aim at the U-M School for Environment and Sustainability (SEAS)—ever since its inaugural dean, Samuel Trask Dana, demanded that the word “conservation” be included in the newly founded school’s name in 1927. In recent decades, two programs have bolstered that mission by providing increased support and expanded opportunities for students who showed “outstanding promise as future leaders” in the field. Together, the Doris Duke Conservation Fellows and the Wyss Scholars program laid the groundwork for 141 alumni to make a real difference in this vital work throughout their careers.

Steve Yaffee (BS ’72, MS ’73), professor of environmental policy and planning at SEAS, served as the director of both programs.

“By all accounts,” says Yaffee, “the programs have been wildly successful at recognizing leadership in conservation in the U.S. Most of our alumni scholars/fellows have moved into leadership positions as executive directors, program managers, and the like. All in all, they provide a legacy of leadership causing tangible, on-the-ground impact on critical conservation and sustainability challenges.”

We reached out to more than two dozen alumni from the Wyss Scholars and Doris Duke Fellows programs to hear their perspectives.

“Being named a Wyss Scholar increased my confidence in pursuing my interest in western lands conservation,” says Elkin. “It encouraged me to see myself not just as a hard worker with a passion for the environment, but as a conservationist with leadership capacity. That mindset shift guided my decision to go into public service, where for the past seven years I’ve supported and led climate change adaptation projects along the California coast.”

“The greatest impact on me was the feeling of support to continue to lean into a career in conservation, and to better understand the importance of connecting with and networking with others in this field,” says Higgs. “I have strived to bring these practices forward throughout my career, and I learned these practices as a Fellow.”

Duke Fellow Emily Maxwell (MS ’04) is the Director of New York Cities at The Nature Conservancy.

“Being awarded the Doris Duke Fellowship was an acknowledgment that protecting and restoring land in cities, with an orientation toward justice and community health, was and is a serious and meaningful endeavor,” says Maxwell. “These days, this kind of work seems to be gaining in visibility and traction. But 20 years ago, that acknowledgement was huge.”

Yaffee noted that 95 percent of the scholars/fellows are working directly in the conservation and sustainability fields. They are currently in 29 states, with large clusters in California, Colorado, the Pacific Northwest, and the Washington, D.C., area. Of the graduated Wyss Scholars, all except one are working in the American West, with current locations in nine of the 11 western states. Yaffee explained that the Wyss Scholars program—initially focused on the Intermountain West—grew to include the western coastal states, and just this year has broadened its scope to cover the entire U.S.

To understand how SEAS, then the School of Natural Resources and Environment (SNRE), holds deep roots in both programs, Yaffee provided some historical context.

Following the passing of philanthropist and lifelong environmentalist Doris Duke, the Doris Duke Charitable Foundation, established in 1996, sent advisors to travel the country in search of promising ideas to support. In a meeting with foundation advisers at U-M, Yaffee and former SEAS dean, Dan Mazmanian, argued that there was an unmet need in the field of conservation—specifically support for professional master’s degree students primed to move into leadership positions in nonprofit organizations and government agencies. The Foundation’s advisers heard the same message from peer schools, and in response, created the Doris Duke Conservation Fellows as a vehicle to accelerate leadership capacity in the field. U-M became one of the founding four universities in the program, which eventually expanded to eight schools. A total of 102 U-M students were named as DDCF Fellows; the program ran from 1998 to 2012.

Yaffee noted that the Wyss Scholars program began in a similar way. The Wyss Foundation had been pursuing Hansjorg Wyss’s lifelong passion for protecting lands in the western part of the U.S., when foundation leaders realized that there was a limit to how much land they could purchase. What was needed was a parallel effort to support, recognize, and build the skills of an expanded cadre of leaders who would move into land trusts, nonprofits, and agencies.

“The foundation staff knew of SEAS’ great alumni who were working in leadership positions in places like Bozeman, Montana, and Denver, Colorado,” says Yaffee. “So, we were invited to be one of the founding schools.”

Benefits of the fellowship/scholarship

The awards provided multiple benefits. Both programs provided more tuition support and postgraduate payments than almost any other source of funding for a graduate program at SEAS. For example, the Wyss program provided support of approximately $80,000 per student.

“The Doris Duke Fellowship more fully enabled me to pursue a career based on mission and purpose in the government sector, rather than feeling burdened by student debt—this was a great privilege and has translated into an incredibly meaningful and rewarding career,” says Hines.

Each of the scholars/fellows received funding for a summer internship, which enabled them to negotiate for positions in organizations that they otherwise could not have accessed.

at New Mexico EPSCoR, credits Yaffee for suggesting a summer internship at the Valles Caldera Trust in New Mexico. “[After completing the internship], I was hired by the National Park Service as a park ranger to continue interpretive programs and the forest ecology education curriculum I developed while working at the Trust,” says Van Der Werff. “The experience literally changed my life and fulfilled my career goal to bring effective education and conservation-behavior messaging to the National Park Service.”

Among the many enrichment activities offered by both programs—including organized speaker events, discussions, and skill modules, the Duke Fellows often recall the annual retreat at the National Conservation Training Center (NCTC) in Shepherdstown, West Virginia. The event, featuring presentations and workshops by major figures in conservation, brought Duke Fellows from the eight participating peer schools across the country.

“Our trip to NCTC to meet and learn from the broader cohort of fellows was a wonderful experience for me,” says Duke Fellow Nic Enstice (MS ’08), Forest and Fire Program Advisor at the California Department of Conservation in Sacramento. “[The retreat provided] additional experiences and knowledge from a group genuinely dedicated to doing their best for society. To this day I still work frequently with a couple of fellows I met at that retreat. That immediate connection and network to colleagues across the nation was, and is, a tremendous asset.”

Duke Fellow David Phemister (MS ’02) is the Kentucky State Director at The Nature Conservancy. “I always knew I would have a career in conservation,” says Phemister, “but the opportunities crystallized a bit at that retreat.”

As a professor, Yaffee discovered a unique opportunity at the NCTC annual retreat.

“Because faculty from all eight schools were also in attendance, the retreats became a way for peer schools to interact about pedagogy and shared challenges,” says Yaffee. “It is the only time in my career where peers have come together to talk—not about research, but about education and leadership development.”

Yaffee believes that SEAS has reason to be proud of its active role in nurturing the successful careers of so many alumni who went on to become leaders in the conservation fields. “Both the Wyss Scholars and Duke Fellows programs acted as a ‘unifying force’ around the concept and strength of the professional master’s program,” he says.

Yaffee took a moment to reflect on his own experience as director of the programs in the context of his 40-year career at SEAS.

“While all faculty value their research products and some, the impact of their teaching, the opportunity to work with these 141 students—and we selected them from all of the disciplines represented in our school—is one of the experiences I value most in my career,” says Yaffee. “Knowing that these former students are acting as a network of change agents, motivated and capable of causing significant change, and distributed broadly across the country, continues to give me hope, even in challenging times.”

Wyss Scholars/Doris Duke Fellows: Where are they now?

A total of 134 of the 141 master’s-level students from the Wyss and Duke programs have graduated and moved into careers—some spanning more than 20 years. One-third are working for public agencies, including federal agencies: the U.S. Forest Service, Bureau of Land Management, Fish and Wildlife Service, National Park Service and Environmental Protection Agency. Some work in state agencies, including those in Oregon, California, Colorado, Ohio, Minnesota and Virginia. Another third work in nongovernmental organizations, such as The Nature Conservancy, land trusts, advocacy organizations and community-based conservation groups. Nine are working in environmental philanthropy. Fourteen are working at universities. Of the Master of Landscape Architecture (MLA) graduates, most are working in firms or nonprofits that emphasize ecological design and restoration.

More than two dozen alumni of the Wyss Scholars and Doris Duke Conservation Fellows programs shared their insights with us. They spoke about what it meant to be named scholars/fellows, and the ways in which their SEAS education helped to advance their careers. They also shared their perspectives on the changes they have observed in land conservation in the U.S. over the course of their careers. We are grateful for their thoughtful contributions.

Read their stories below. 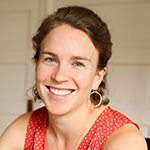 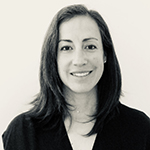 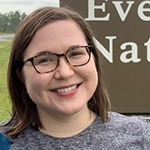 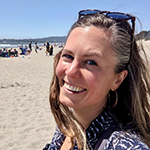 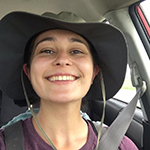 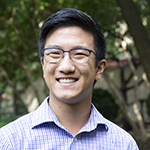 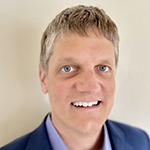 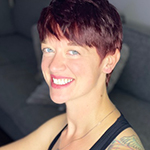 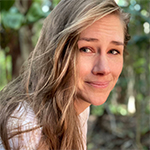 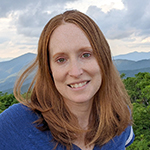 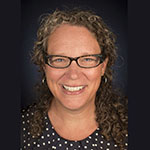 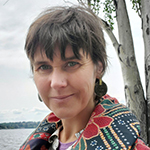 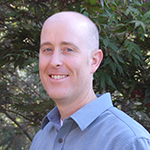 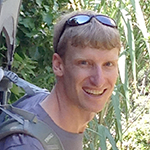 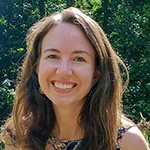 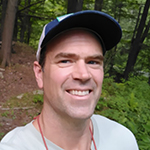 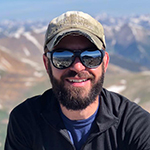 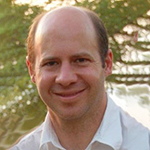 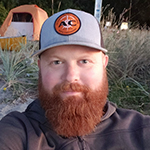 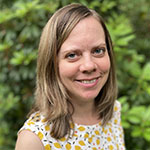 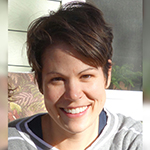 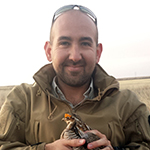 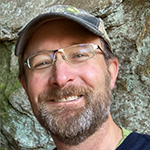 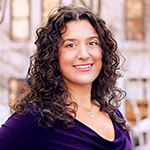 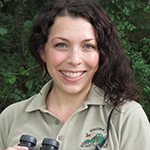 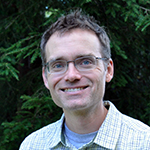 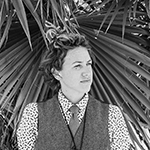